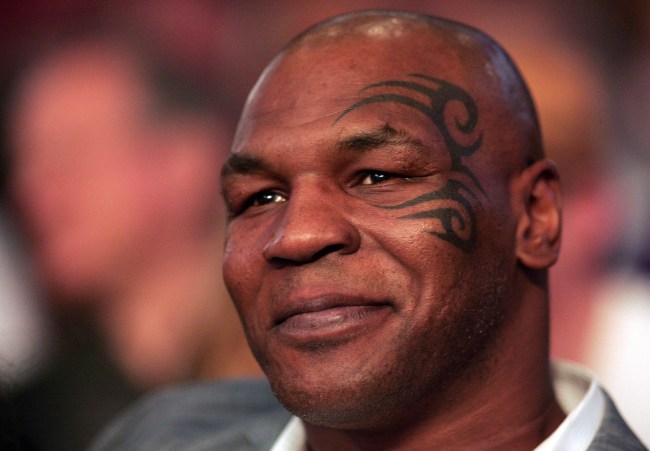 In the 1980s, Mike Tyson burst onto the scene and proceeded to knock out basically every single opponent he faced, finishing off foes with ease while establishing himself as one of the hardest-hitting fighters in the history of boxing.

However, over the course of the 1990s, Tyson’s performance in the ring was frequently overshadowed by incidents both inside and outside of it, including an 18-month prison sentence stemming from a rape conviction.

You have to wonder if Tyson would have been given another shot in this day and age but he was welcomed back to the boxing world with open arms after his release. He had a pretty good run until he met his match in the form of Evander Holyfield and saw his career derailed yet again after deciding it would be a good idea to bite off a chunk of his ear.

Tyson closed out the decade by serving another nine months in prison after a road rage incident, which ushered in the twilight of his storied career.

He once devoted a sizeable chunk of his retirement to racing pigeons but recently decided to shift his focus to the marijuana industry and open a giant farm in California.

The boxer is no stranger to weed, as he was once forced to forfeit his fight with Andrew Golota in 2000 after testing positive in a post-bout drug test.

When you consider THC is the ultimate lingerer, it’s easy to assume he’d smoked at some point in the weeks before the fight, but he recently spoke with Dan Patrick and revealed that was far from the case.

During the chat, Tyson said he’s been smoking weed his entire life but that the only time he sparked up was before the aforementioned showdown, which he won by TKO after Golota threw in the towel after the second round.

Golota walked out of the ring with a concussion, a broken cheekbone, and a herniated disc so I can’t even imagine what would have happened if Tyson hadn’t been stoned.