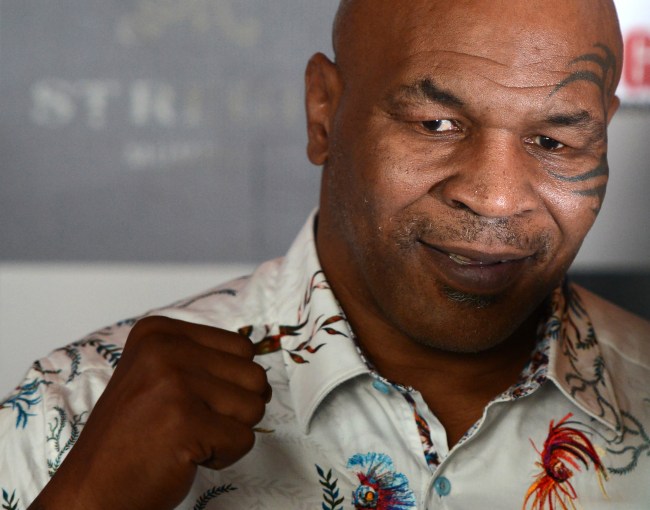 Mike Tyson announced last month that he was ready to make a comeback and he’s already getting insanely lucrative offers.

Bare Knuckle Fighting Championship has been one of the organizations in hot pursuit of acquiring Tyson’s services and they’re ready to make a big offer.

BKFC president David Feldman spoke to MMAFighting.com and says that he’s preparing a contract offer that will exceed $20 million.

BKFC President David Feldman told MMA Fighting the contract will exceed the $20 million offered to Tyson earlier this month, adding additional sweeteners that include charitable donations. He said he wasn’t able to provide the exact value of the contract because it’s still being finalized.

“I think I know what we need to do to make this thing happen,” Feldman said.

As for potential matchups, Feldman believes that UFC legend Wanderlie Silva is the perfect fight for Tyson in BKFC.

Feldman said matching Tyson with “the right kind of guy” is central to BKFC’s offer, and an opponent like former PRIDE champ Wanderlei Silva, who immediately reached out to BKFC after the offer to Tyson, is right now a more desirable matchup than Tito Ortiz.

“I didn’t offer that (to Tito Ortiz),” Feldman said. “I don’t know that it really draws. I think a Wanderlei Silva, someone of that nature. No matter how old Silva gets, he’s dangerous, and I think that would be an intriguing matchup. Something like that, but I don’t actually have anything in mind right now.”

A fight between Tyson and Silva would be extremely violent and would definitely get fans excited.