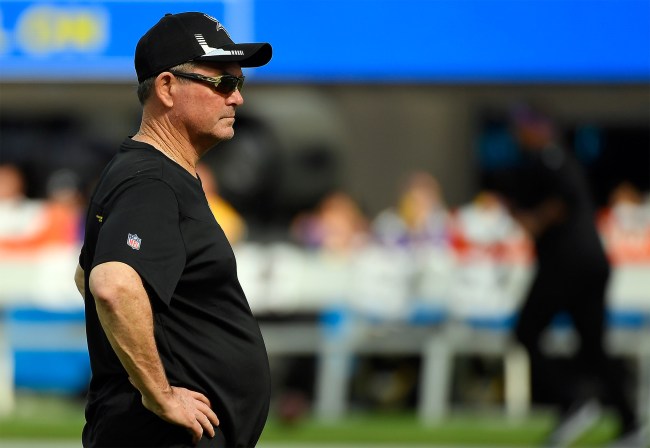 Way back in August of 2018, Maxim Australia’s current cover model Katarina Miketin posted an Instagram photo of herself rocking Vikings gear at a NFL game.

She even shared a photo of herself on the field at U.S. Bank Stadium in Minneapolis at that time.

Then, for two years, almost to the day, she went radio silent on the social media platform.

Fast forward to October of 2020 and rumors began swirling that Miketin had good reason to both be at the Vikings game and to go silent on social media – she was allegedly dating Minnesota head coach Mike Zimmer.

Neither Zimmer, 65, nor Miketin, who is either 38 or 39 now, who have been spotted together several times since then, ever confirmed the relationship though. Until now.

The folks over at Egotastic Sports report that their social media team recently slid into Katarina’s DMs to see if she would confirm that she’s dating Zimmer.

They didn’t specifically mention Mike Zimmer by name, instead referring to him as “a certain head coach,” but three days ago a report was published by Awesomo showing the two of them out to dinner together.

With the cat seemingly out of the bag, Miketin responded with a “Yes” to the question about her having a realtionship with “a certain head coach.”

Since the only head coach she’s been seen with recently is Mike Zimmer and she’s obviously spent time on the field at Vikings games, they put two and two together and voila! We basically have official confirmation.

As people often say when someone like Mike Zimmer dates a model like Katarina Miketin – and is very appropriate considering his job – the man has seriously outkicked his coverage.