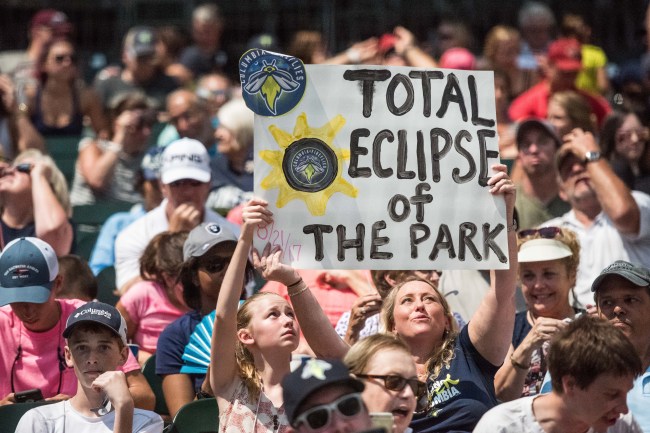 The diminutive costs (tickets, parking, food, beverages) associated with MiLB relative to its major-league counterpart, make attending a game at a minor league park a strong value proposition. While a ’16 GoBankingRates study (i.e. prices have likely increased) indicated that it would cost $77.92 for a couple to take in a major-league game, a family of four was able to attend a MiLB game for just $66.17 during the summer of 2017; a couple could do it for just $33.66. The affordable nature of the games isn’t the only reason to attend, a SBJ survey voted on by the fans indicated that MiLB was the league with the “most family friendly game/event experience.”

Howie Long-Short: MiLB intends on drawing 50 million fans by 2026, a 19.6% increase from the 41.9 million that attended in 2017. That doesn’t seem likely. The league increased attendance 1.1% in ’17, the largest growth rate in American pro sports (ignoring MLS expansion teams). Even if they doubled that figure to 2.2% (which doesn’t seem feasible), they would close the 2026 season with 49,867,913 fans passing through the gates; still shy (if just barely) of their 50 million target. For informational purposes, MiLB has an average ticket price of $10.00 and fans spend $12.00/game on food and beverages.

Fan Marino: MiLB has announced the creation of the “Copa de la Diversion” (aka “Fun Cup”), a 33 team, 165 game, season long series (debuts April 8) designed to embrace Hispanic culture and values. Each of the participating teams will take on Spanish language identities (check out these logos), integrating Spanish P.A. announcements and concession menus at participating games; as they compete for the 3 foot “Copa de la Diversion” trophy. The program was successful during a 4-team pilot last season; the Las Vegas 51’s drew an additional 1,200 fans/game when playing under the assumed Reyes de Plata moniker. MiLB expects Copa de la Diversion to increase attendance by 100,000 fans and to generate $3 million in 2018 revenue across the 33 participating clubs.

Puma (PMMAF) has announced that after a 17-year hiatus, it will be re-entering the basketball business. The brand, which generates the bulk of its sales from soccer and running related products in Europe, sees “substantial upside” to building a basketball vertical within the U.S. PMMAF will also aggressively target Greater China (known for its appreciation of the sport), expecting the region to become its most lucrative market by ’22. The marketing strategy will focus on the “culture around the game”, using “culturally relevant” athletes and entertainers (as they’ve done successfully with Rihanna) to market the new product line. It must be noted that despite Puma and ADDYY’s optimism, the U.S. basketball sneaker business remains “challenged”; Foot Locker (FL) reported Q4 ‘17 comparable store sales down “high single digits” YOY for the category.

Howie Long-Short: Puma (PMMAF) wants to increase profitability, so entering a Chinese market that generates the highest profit margins in the world on sporting goods is logical. The stated goal is to lift operating profit from 5.6% in ’17 to 10% by ’22, reasonable when you consider Adidas (ADDYY) and Nike (NKE) reported profit margins of 9.8% and 13.8% respectively in 2017 (ADDYY also just raised its target to 11.5% by ’20). The announcement was made at a capital markets day where the company also announced it expects currency-adjusted consolidated net sales to grow 10% annually until 2022, plans to increase DTC sales from 23% of sales to 30% of sales (over the medium term) and a proposed dividend of 25%-35% of consolidated net earnings to begin in ’19; resulting in share prices closing +5.73% (to $504.87) on Wednesday. It should be noted that back in January, Puma’s parent company Kering S.A. (PPRUY) announced it would be spinning off the brand to focus on its high-margin luxury businesses; shares are up 32% since.

Fan Marino: The game of basketball has changed since Puma last occupied the space, most dramatically as it relates to volume 3-point shooting (see: Steph Curry, Trey Young). USA Basketball is doing what it can to prevent the next generation of basketball stars from standing on (or 5 feet behind) the 3-point line. New rules eliminate 3-point FGs for players under the age of 11, to promote shooting from a “developmentally appropriate distance”; and provide for smaller basketballs and lower baskets for younger kids. The implementation of a shot clock for grades 9-12, was the most controversial rule change enacted.