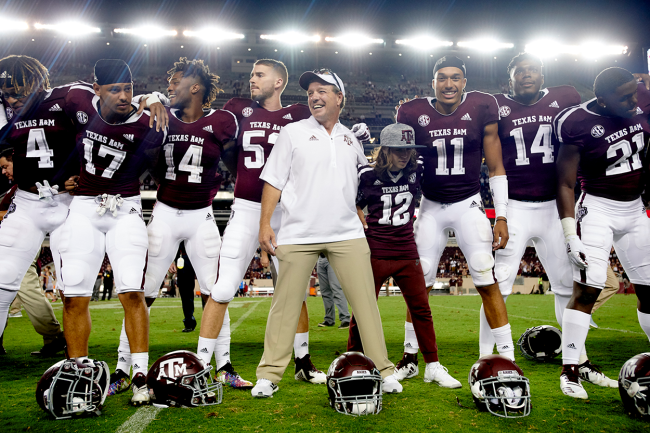 The next few months are absolutely crucial for college football programs around the country. Before Class of 2023 recruits turn their attention to their final season of high school football, school is out for the summer.

That allows them the luxury of visiting schools with much more flexibility. There isn’t any worry about getting back home in time for class on Monday, so they can fly or drive in and out and around as much as they would like.

Of the many recruits who are taking their final visits this summer before signing their LOIs as early as December is four-star offensive lineman Miles McVay. McVay hails from East Saint Louis, Illinois and has 25+ offers from various programs all over the country, including USC, Auburn, Ole Miss, Tennessee, Georgia, LSU and Arizona.

As things currently stand, it appears as though he is down to eight. McVay will visit eight schools over the next five to seven months— Texas A&M, LSU, Michigan State, Arkansas, Oregon, Alabama, Florida and Missouri. That is subject to change, of course, but it seems to be his top-eight.

To kick off his busy month of June, McVay first traveled to College Station to check out what the Aggies are all about. He took video from his trip while on campus and in town and used it in a compilation video that he posted once he got home.

The video illuminates what a recruiting visit to Texas A&M looks like and it includes some serious luxury.

Once he got off the plane, a black car took him and his family to their hotel— where he was met with lots of personalized letters and media, as well as a lot of cookies. From there, he and his family had a large, fancy meal that included Tomahawk steaks and a visit from head coach Jimbo Fisher.

The rest of the trip involved a recruiting photoshoot with a chainsaw (like one that went viral earlier this spring), a tour of the facilities, and some pool time.

My OV to Texas A&M was 🔥 I’m believing when they say “Everything Is Bigger in 🌟Texas” #GigEm #12thMan @AggieFootball @12thMan @Aggie_Sports @TexAgs @Football_Flyers #Texas pic.twitter.com/JChKIfH6FP

While much of McVay’s visit is fairly common for top recruits, it is clear that the Aggies pulled out all of the stops for one of the best offensive linemen in the country.