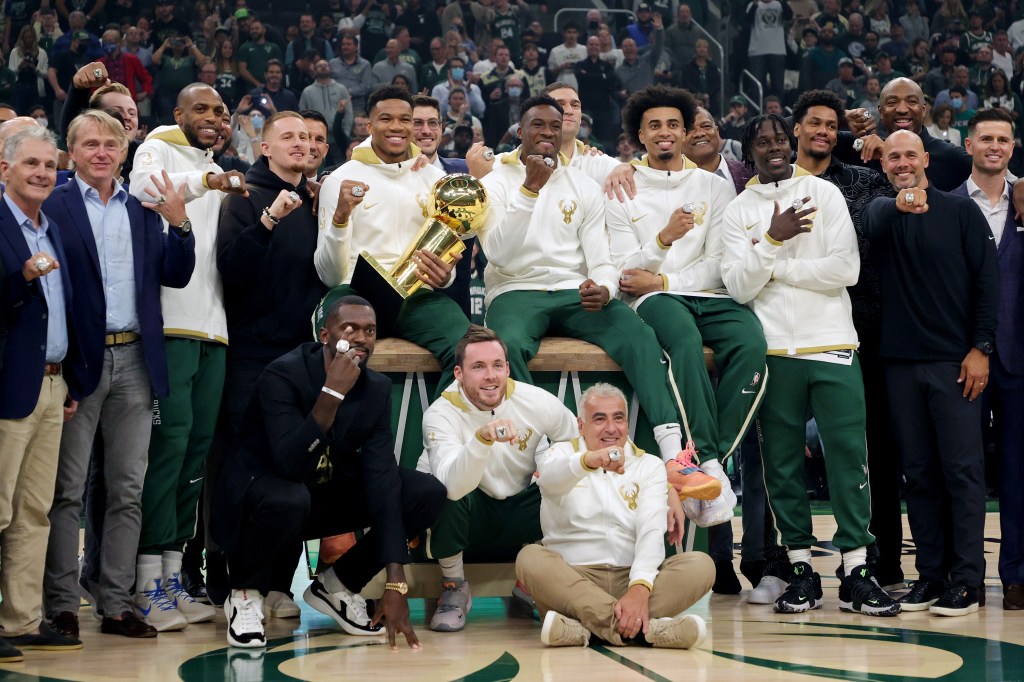 The 2021-22 NBA season kicked off on Tuesday with the Milwaukee Bucks debuting their 2020-21 NBA championship rings before blowing out the Brooklyn Nets at home 104-127. Giannis Antetokounmpo went off for 32 points and 14 rebounds after displaying the gorgeous new rings that left NBA fans stunned.

These are probably the most wearable championship rings across all five major sport. That’s because these are the first-ever championship rings that were designed to be worn as rings AND also as pendants on a necklace. They are also completely covered in diamonds.

How many diamonds do the Milwaukee Bucks championship rings have?

Milwaukee’s championship rings are dripping head to toe in diamonds. On the top, these rings feature 306 diamonds which represent the total number of wins the team has since the current owners took over the team.

A post shared by JASON OF BEVERLY HILLS (@jasonofbeverlyhills)

The exact carat amount of diamonds was chosen very precisely. In total, there are 4.14 carats of emerald-shaped diamonds which symbolizes the 414 area code of Milwaukee. And the shape of some diamonds is significant as well. There are 50 round stones in the ring which represents the 50 years between the franchise’s last NBA championship and this one.

First-ever championship rings to be designed as rings + pendants

Wearing a championship ring is pretty impractical. They are ENORMOUS even if these athletes have huge hands. So designing these to be worn as rings + pendants on a necklace is really a game-changing innovation and one that will allow the Bucks players to wear these rings more frequently.

It's more than just a ring.

It feels like the NBA and NFL are in a never-ending battle of one-upmanship when it comes to designing new championship rings. Tampa Bay’s Super Bowl rings were the first-ever with a removable top. Inside those rings is a stadium replica with additional details. And now these are the first-ever NBA Championship rings designed to also be worn as a pendant on a necklace.

It’s unclear what these individual rings are worth. You could probably tabulate the value of the diamonds + other materials but then you need to factor in the finite number of these rings that exist. It seems fair to call these Milwaukee Bucks Championship Rings ‘priceless’ for now.