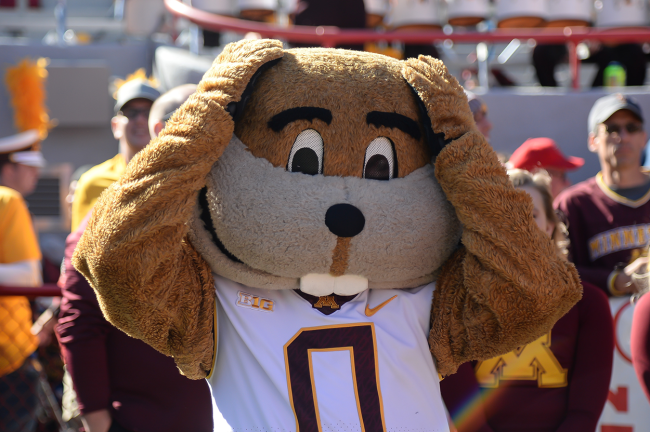 Minnesota football opens its 2022 season against New Mexico State and Western Illinois. For those who want to attend, the school is offering a wild promotion that can get you into one of the two games for cheap, while supplies last.

The Golden Gophers will host the Aggies on Thursday, September 1st and the Leathernecks on September 10th. One ticket to the games currently cost $25 or $22, respectively, on the secondary market.

However, you can get two tickets for about $15 if you take advantage of Minnesota’s new partnership with Red Baron frozen pizzas. If you purchase three Red Baron pizzas, you get two tickets to one of the Gophers’ first two football games for free.

Details of the promotion can be found on Minnesota’s official website. But it is as simple as it sounds.

Go to a participating store and purchase any three Red Baron products. Send the receipt with the itemized purchase to the proper email address. The school will then give you a chance to select the preferred game. And then you will be assigned two tickets to one of the first two games of the 2022 season.

As of right now, a Red Baron brick oven crust pepperoni pizza is running for $4.48 at Walmart. If you buy three of the same pizzas, not including tax, it will cost $13.44 for the pizzas, which will return two tickets at about a $45 value. And you get to eat the pizzas.

It is actually a pretty solid deal for fans who want to attend the Western Carolina or New Mexico State game, but it is undoubtedly bizarre. As far as I know, there has never been a promotion like this in college football and it is a win-win for both the sponsor and the school.

But it doesn’t mean that it isn’t desperate. Minnesota is dipping to a new low to try and get fans in the stands despite two seasons with nine or more wins in the last three years. Gophers fans aren’t selling out the stadium for Weeks 1 or 2 and the school is compensating with this wild new promotion so that the stadium is more filled than it would be when the ESPN camera pans throughout the crowd on the first Thursday of the college football season.