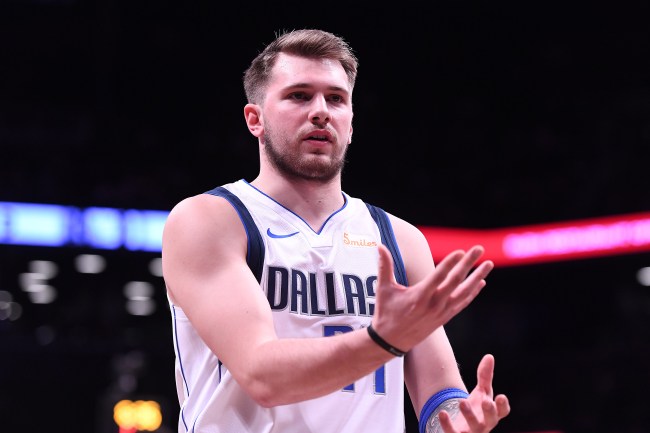 Luka Doncic has found himself in an awkward position after making a harmless video showing support for a local WNBA team.

The Mavericks guard and reigning NBA Rookie of the Year took to Twitter to wish Dallas Wings rookie Arike Ogunbowale good luck as she competes for the honor of being the WNBA’s rookie of the year.

The person running the Minnesota Lynx Twitter account didn’t believe Doncic was being genuine about his support and called him out on it.

***says a guy who hasn’t been to a @WNBA game all season but got sent a jersey and recorded a scripted video*** https://t.co/WaSSuOnQsV

We have plenty of NBA players (and coaches) at our games, bruh… https://t.co/rGeueIbX5v pic.twitter.com/VWCOsPQS4y

Fans were clearly not happy with the Lynx for shading Doncic when the league is desperately trying to attract eyeballs.

This is one of the worst takes on Twitter. An elite NBA player tries to support your league and you bash him….

This really isn’t a way to bring new fans to the WNBA. Off-putting to be honest.

Right, because getting star NBA players to help promote the WNBA would be such a terrible idea. pic.twitter.com/9Odppkj5uW

Wow, hating on someone supporting the league and women's sports because they are rooting for a different ROY candidate. #BS #DontDoItAtYourNextJob

Lynx forward Napheesa Collier, who is also in contention for rookie of the year honors, had a tongue in cheek response to the team’s controversial tweet.

In all seriousness, couldn’t be more proud of our entire rookie class and all we’ve accomplished this season. Can’t wait to see what the future holds for this league ✊🏽 mmmmk I’m going back to focusing on games. You all play nice on here…