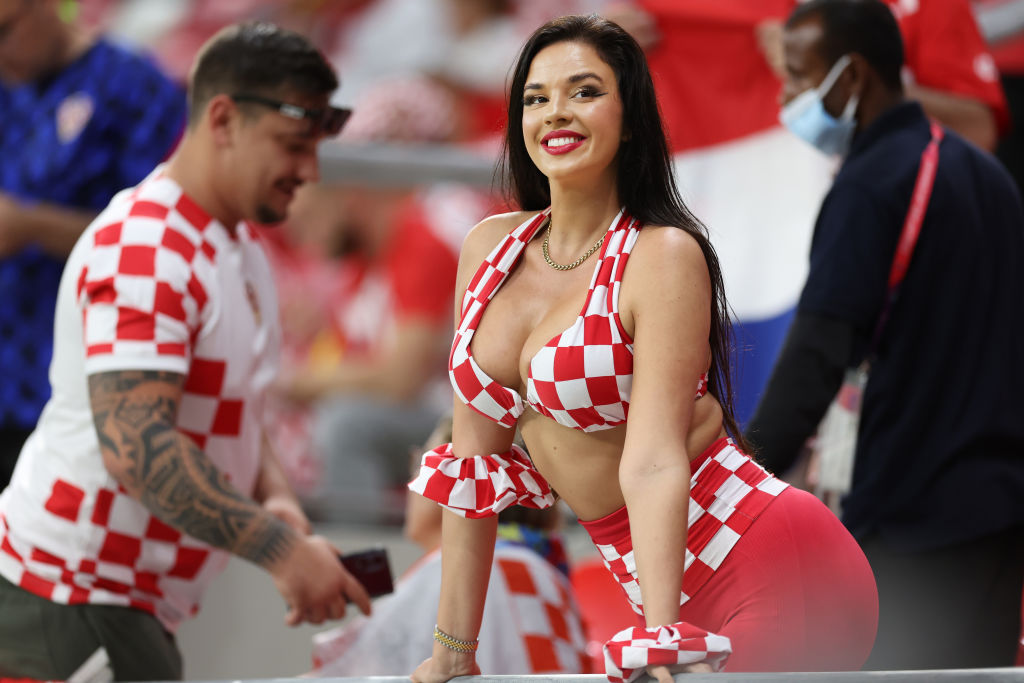 Former Miss Croatia Ivana Knoll has been making waves during the World Cup and has again gone viral during the tournament.

Knoll has gotten quite famous during the World Cup in Qatar by wearing provocative clothing despite the local government warning visitors to “show respect for local culture,” which calls for everyone to cover up their shoulders and knees.

Knoll claims she wasn’t aware of the restrictions in Qatar when she first arrived in the country but claims she hasn’t had any issues with the local government.

“First, I was thinking if the World Cup is happening there, they for sure will allow everything to make it comfortable for all fans without any of their restrictions,” she said. “Then I heard about the rules and I was shocked. In the dress code, you’re forbidden from showing your shoulders, knees, belly and neck.

“I was like, ‘OMG, I don’t even have clothes covering that all.’”

“The locals confirmed to me that I can wear whatever I want , But I didn’t know that my video in a bikini walking by the sea would be such a big deal. “The whole country is speaking about it. Everybody knows me here, and I saw that I was accepted.”

Over the weekend, Knoll went viral when grinning Qatari men were caught snapping photos of her.

One Qatari local claimed that the men were snapping pics of Knoll because they disapproved of their outfit.

You can confirm this with any local Qatari

Probably to report it

Of course, people called B.S. on that excuse.