This Mississippi JUCO Football Team’s Chainsaw Entrance Was Charged Up, But It Didn’t Last Long 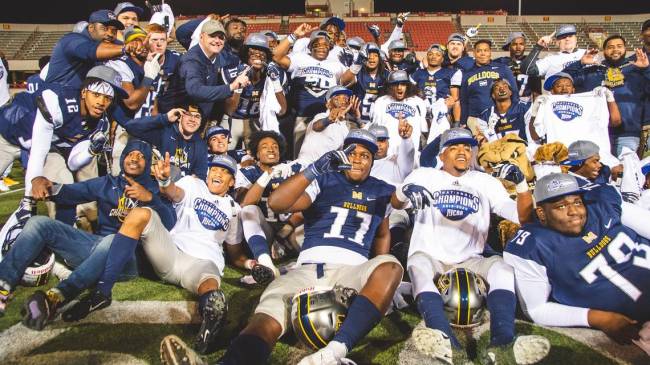 Mississippi Gulf Coast Community College (MG triple C, for short) made quite the entrance before its season-defining game against Jones College. The JUCO from Perkinston brought a chainsaw out of the tunnel before quickly being told by the referee not to bring it on to the field. MGCCC entered 4-0 but came off of a canceled game due to a COVID-19 outbreak, while Jones was 3-2. The game would decide the MACCC South champion and it would appear that the chainsaw momentum worked. Gulf Coast, which won the division last year, won comfortably again on Thursday in front of a limited-capacity crowd in the Dirty ‘Sip.

Before #MGCCC's win over Jones tonight, the chainsaw entrance was stopped by an official before it could reach the field.

The referees at MGCCC vs Jones wouldn’t let the Bulldogs bring our their chainsaw. 😂

“Y’all can’t bring that out here”

I asked the refs about it right before the coin toss.

“One of us has been doing this 30 years and haven’t seen something like that” 😂😂😂😂 pic.twitter.com/n57bzpgZgX

Mississippi continues to be the craziest state for football in the United States. Never change.