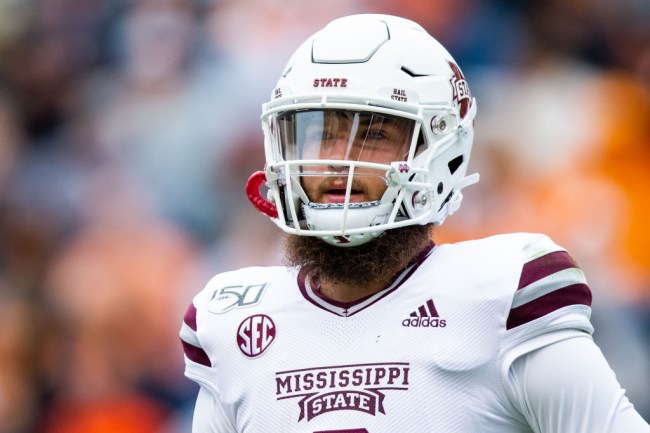 Mississippi State will be without quarterback Garret Shrader for its matchup against Louisville in Monday’s Music City bowl. He’ll miss the game due to an injury he picked up at practice, but it’s not a typical injury.

As first reported by 247 Sports, Shrader allegedly got into a post-practice fight with teammate Willie Gay and suffered a broken orbital bone during the scuffle.

Shrader and a defensive teammate had been in a confrontation stemming from an in-practice contact drill. Their post-practice altercation escalated before other Bulldogs separated them.

Follow-up examination after swelling subsided revealed some orbital bone damage. While further evaluations continue sources are now confident the bone will heal naturally, without surgical attention and perhaps by the end of January.

The quarterback situation at Mississippi State has been an interesting one all season long with both Tommy Stevens and Shrader splitting starts and playing time, but Shrader was set to start against Louisville in Nashville.

Those plans have quickly changed after the broken orbital bone, however, as Stevens will now get the start. He’s also battled the injury woes all season long and was sidelined with a rib injury heading into the regular-season finale Egg Bowl win over Ole Miss.

As for any disciplinary action for Shrader or Gay, the report indicated that neither will be slapped with any sort of bowl game suspension.

Gay was suspended at the start of the season due to academic fraud and was ejected in his first game back in action after picking up two unsportsmanlike conduct penalties against Kentucky.