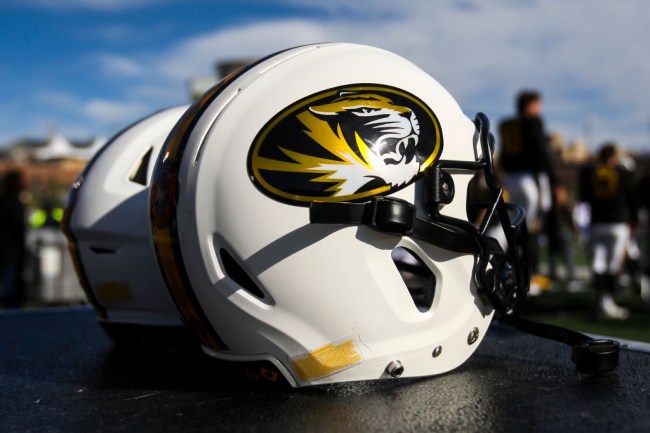 National Signing Day was on Wednesday, February 5th, and you may have missed it thanks to December’s early signing period dominating the college football recruiting landscape these days.

While a majority of the top recruits in the country sign early, National Signing Day is still important, especially for schools that made a coaching change in the offseason as Missouri did by hiring Eliah Drikwitz away from Appalachian State.

Ennis Rakestraw, a cornerback out of Duncanville, Texas, was clearly a top target for Drinkwitz and his staff and on Wednesday the Tigers received some good news. Rakestraw, the 69th ranked corner in the nation, decided to sign with Missouri over the likes of Alabama and Texas. 247 Sports’ crystal ball predicted Rakestraw would sign with the Crimson Tide with 88% of the vote, but he’s headed to Missouri.

Shoutout to Mizzou’s social media team for capturing this on video and throwing it up on Twitter, it’s always cool to see coaches get fired up like this landing a guy they very much wanted.

He may be ranked as the 107th best player in Texas, but clearly, he’s a better player than that in Drinkwitz’s eyes.

Missouri had the No. 2 pass defense in the SEC a year ago and based on Drinkwitz’s reaction the Missouri secondary just got that much better.