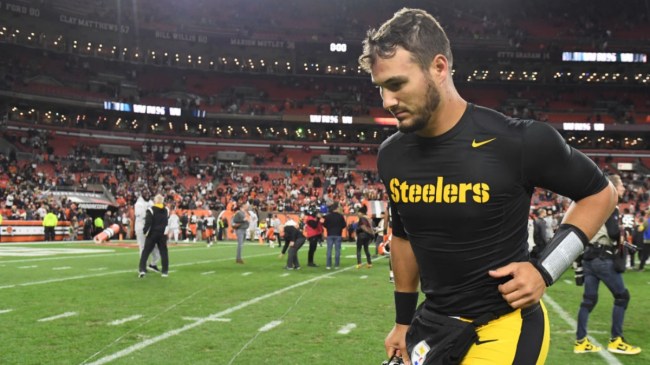 The first few weeks of the Mitch Trubisky era have not been great for the Pittsburgh Steelers’ offense. Through 3 games, the offense has only produced 4 touchdowns.

It didn’t stop them from getting a Week 1 win against the Bengals thanks to a dominant performance from the defense where they forced 5 turnovers.

Unfortunately, the defense couldn’t carry the team for the next 2 games. The Steelers would drop those games to the Patriots and Browns.

After the Thursday night loss to the Browns, a report surfaced that Steelers players wanted offensive coordinator Matt Canada fired.

Josh Rowntree later clarified his report and revealed that while nobody is actively calling for his firing, players are unhappy with Canada’s offense.

To clarify this just a bit. No one has publicly come out and said that Canada should be fired. But there's a strong sense that the players are unhappy with the direction of offense, and, if polled, I believe would favor a change. #Steelers @937theFan https://t.co/l5CV0anQuJ

Now Mitch Trubisky has given his thoughts on the Steelers’ offensive coordinator situation.

Steelers QB Mitch Trubisky on shutting out the noise:

Unfortunately for Matt Canada and the Steelers, making those plays really falls on Trubisky and he just hasn’t lived up to the task so far this season.

That will need to change soon or the Steelers could be looking to make a change at quarterback or offensive coordinator some time this season.