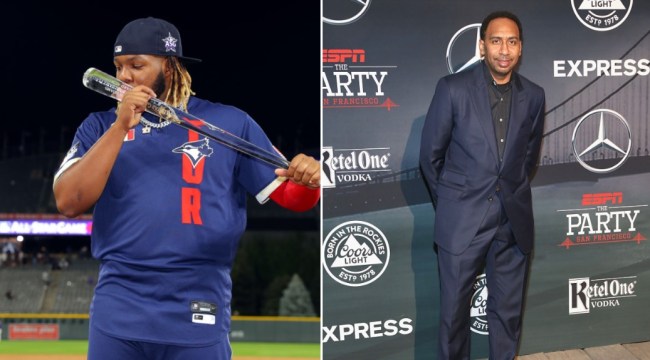 Earlier this week Smith drew severe backlash after he said MLB superstar Shohei Ohtani was harming the game by not speaking English and using a translator while speaking to the media.

“When you talk about an audience, gravitating to the tube, or to the ballpark to actually watch you, I don’t think it helps that the No. 1 face … needs an interpreter to understand what the hell he’s saying.”

Unfortunately for Smith, who apologized profusely for his comments about Ohtani several times, the top vote getter and MVP of the All-Star game Vladimir Guerrero Jr. used a translator during his MVP speech.

please don’t show stephen a. smith this video of vlad guerrero jr. winning an award and then using an interpreter during the interview pic.twitter.com/NCEupNQ6nv

.@stephenasmith having to listen to Vlad Guerrero Jr’s interpreter pic.twitter.com/EqopCDnvnR

What’s ironic…MVP of All Stars Vladimir Guerrero Jr needs an interpreter. How you feel about that @stephenasmith ?? https://t.co/LlsbwOTnRk

Stephen A. Smith must be trembling right now seeing Vlad Guerrero Jr. using an interpreter after his MVP performance