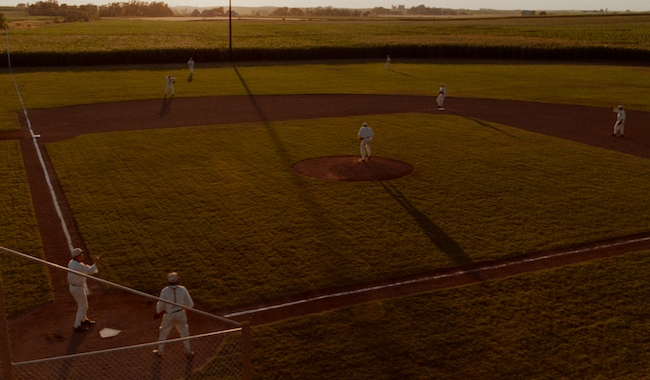 As a child of the 1990s, I’ll always have a special place in my heart for baseball movies like The Sandlot, Rookie of the Year, and Little Big League (although my love for the last two is probably due entirely to nostalgia as opposed to the actual quality of films that haven’t really stood the test of time).

However, as I got older, I was eventually exposed to more mature projects inspired by the sport, ranging from entertaining ones like Major League to more dramatic classics including The Natural and, of course, Field of Dreams, which is based on a book centered around a man who hears a voice in the wind encouraging him to construct a baseball diamond in the middle of a cornfield in Iowa and eventually finds himself interacting with the ghosts of Shoeless Joe Jackson and other deceased players from the game’s past who flock to it to get one last taste of what it was like to engage in America’s pastime.

The majority of Field of Dreams was filmed in Dyersville, Iowa and the titular playing surface remained intact after production wrapped and has served as a tourist destination ever since. Last year, it popped back into the news in a big way when Major League Baseball announced it would be constructing an 8,000 seat stadium in the vicinity of the original field, where it would host a game between the White Sox and the Yankees this August

MLB at Field of Dreams will feature the @whitesox hosting the @Yankees in the first-ever Major League game played in Iowa next August 13th. pic.twitter.com/HhuGh0jebY

Unfortunately, the current state of the world derailed those plans and the league dismantled the field as a result of the cancelation, but on Monday, it revealed it’ll be giving it another shot on August 13, 2021 when it provided fans with our first glimpse of the facility where Chicago and New York will (hopefully) face off a year after they were originally scheduled to do so.

See you next season, Iowa.

The Field of Dreams is scheduled for 2021. pic.twitter.com/CpCcsuy5Iy

Based on the optimism surrounding the effectiveness of the various vaccines that seem to be on the verge of being rolled out before 2020 reaches a merciful end, some experts have expressed hope the world may be able to experience some sense of normalcy as soon as May. As a result, it seems like there’s a very good chance we’ll get to experience this particular spectacle (and some lucky fans will be able to see it in person) so here’s to hoping that will be the case when everything is said and done.