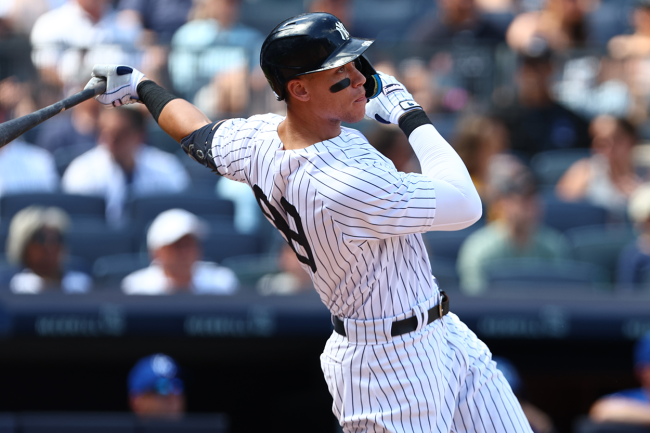 Although unique MLB game is played on a regulation field in Pennsylvania, it is fun to imagine the Major Leaguers playing on a Little League field. There would be a lot of home runs.

Howard J. Lamade Stadium, where the Little League World Series final is played, is approximately two-thirds the size of its professional counterparts. All of the outfield fences are 225 feet from home plate. That means a home run must be hit at least 226 feet.

To put that number in comparison, Fenway Park has the shortest distance of any field in baseball to left field (310 feet), right field (302 feet), or center field (390 feet). Right field at Yankee Stadium, called the “Short Porch,” is 314 feet from home plate.

Needless to say, if MLBers were playing on a 226-foot Little League field, they would mash.

Data analyst Rylan Domingues did the math on just how many home runs would be hit. The difference between an MLB stadium and a LLWS stadium switches up the home run leader list pretty significantly.

Aaron Judge, who leads the league in dingers, would be fifth on a Little League field. Kyle Schwarber and Yordan Alvarez, who are second and third in the MLB, would not even make the list.

As for team home run leaders, the Dodgers would top the list.

Can you imagine how much fun that would be? Even just for one game? The score would be infinite.