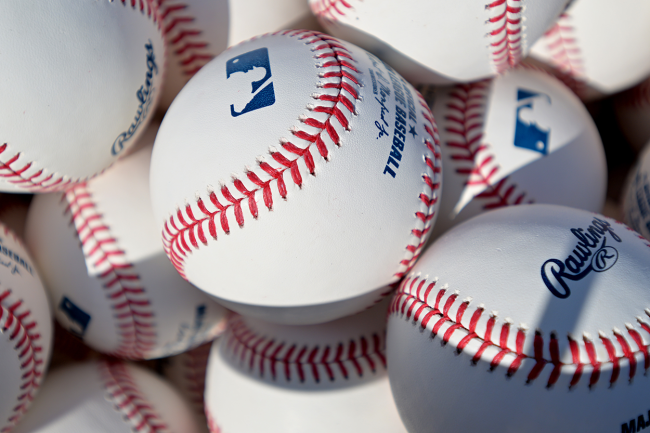 Over the course of the 2022 MLB season, there have been less home runs and offense in general. There has been a 5% drop in runs per game through the first month-ish of the year. At the same time, exit velocity is down and distance is down.

While there is no direct answer as to why, the assumption is that the baseball is dead and the MLB is the killer. Although the lockout causing an unusual spring training and unprecedentedly cold weather partially to blame, there is clear evidence that something is up with the balls.

Players, coaches and fans alike have all complained about the lack of offense in 2022. The league also admitted that it did alter the baseball, but wouldn’t go so far as to say that it caused the offensive decline.

This year, hitters are on pace to be well below both of those marks. Again, while it is a combination of factors, the ball seems to be the biggest reason for the drop.

One play in particular from Tuesday night’s game between Seattle and Houston exemplifies the issue with the MLB’s dead baseballs.

Mariners shortstop J.P. Crawford is the best statistical hitter at his position in 2022. He is on fire.

The 27-year-old got ahold of a 2-2 offering from Astros pitcher Bryan Abreu during the fourth inning. It looked like it had a chance to get out of the park off of the bat.

At the very least, it should have been a towering fly ball into the outfield. Instead, it fluttered right to second baseman José Altuve, who was standing just beyond the infield dirt, for an out.

This legitimately looked like an edited joke video about the dead balls pic.twitter.com/ZCuJbLir7Q

It’s nearly impossible to see Crawford’s at-bat on Tuesday and think that the balls aren’t dead. The evidence is pretty damning.