Baseballs Are Not Being Hit As Far And Home Runs Are Way Down; Is It A Conspiracy Or Something Less Sinister? 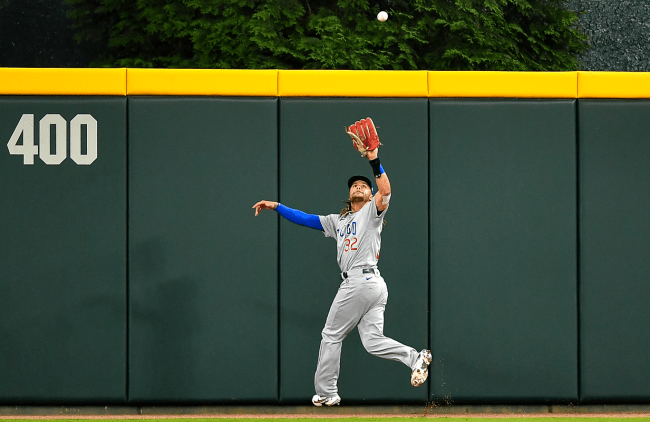 Despite Anthony Rizzo’s three home run “barrage” at Yankee Stadium Tuesday night (Rizzo’s total combined distance of 1,051 feet was the shortest of any since 2015), baseballs are not traveling as far as they used to and home runs are down significantly.

Major League Baseball teams, thus far this season, are averaging just 0.9 home runs per game and just 4.06 runs per game overall. Those numbers, should they continue, would be the second lowest home run average and the lowest runs per game average over the last 30 seasons. Throw in the fact that the league is batting a miserable .231 (also the lowest number in that category, by far, over the past 30 years) and MLB has a problem.

So what’s going on?

According to a March 29 memo sent to general managers, assistant GMs, managers, clubhouse managers and heads of stadium operations, obtained by The Athletic, “production issues have now been resolved and the 2022 season will be played with only balls manufactured after the 2021 production change. No manufacturing changes have been made for the 2022 season.” (Two different baseballs were used last season.)

No changes, huh? Tell that to Mets pitcher Chris Bassitt, who went off on Major League Baseball Tuesday night when he said, “MLB has a very big problem with the baseballs. They’re bad. Everyone in the league knows it. Every pitcher knows it. They’re bad.”

So let’s say that, despite all of the complaints from pitchers like Bassitt, that the ball is, in fact the same. Then what?

Could it have something to do with the 99 day lockout, which then led to a shortened Spring Training? Maybe.

It’s not the weather, according to physics professor and former MLB advisor Alan Nathan.

Home runs and drag for the 2022 season: Here is my early take on it. There is virtually no text, just three figures with extensive captions to explain what's in the figures. https://t.co/OF5LNnneeD

MLB admits only slight modifications to the baseball this year so why are offensive numbers way down?

Which bring us back to the baseball.

Nathan says that drag on this year’s baseball is higher this year than it was last year.

MLB did admit in their own memo that these new balls were designed to have less bounciness and reduce batted ball distance by around two feet. Which would be a fine explanation if hitters weren’t putting up the highest average exit velocity in the Statcast era. Barrels, however, are down 12 feet on average so far this year. That’s way more than two feet.

So… is it the new humidors being used to store baseballs in more than 20 stadiums, like the Colorado Rockies have been doing for years? It could, but later in the year it shouldn’t. It should actually make the ball more bouncy in cities that are humid in the summer months.

There is also the fact that there is no standard for how each team’s humidor should be set by Major League Baseball.

Not everyone is buying that explanation either.

“Honestly, I can tell you right now there are two different baseballs still,” Arizona Diamondbacks reliever Ian Kennedy recently told USA Today. “I’m not an idiot. I’ve been in baseball my whole life. At the beginning of the year, we were using just one ball, it took the mud better, it was more porous, a rougher feel. The other one is more noticeably different because it’s so smooth. It’s the same thing this year. There’s still one ball different than the other. But if we say anything about it, we’re just pitchers complaining.”