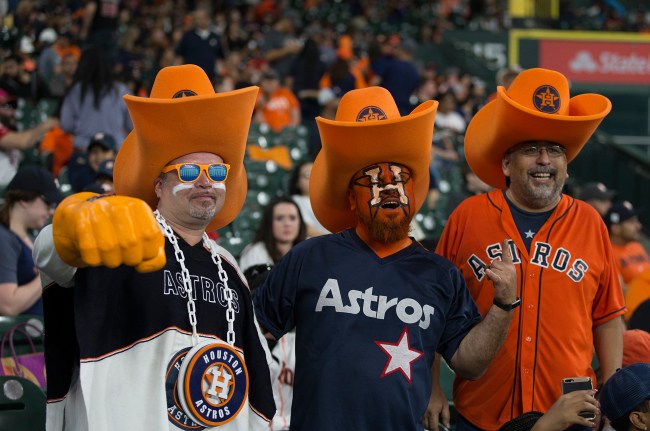 MLB attendance has declined 3% since 2012 and speculation exists that 2018 attendance figures will continue to drop, perhaps by as much as an additional 3%. Teams in full rebuild mode (see: Miami, Tampa Bay, Pittsburgh), teams coming off disappointing 2017 seasons (see: Toronto, Washington), a waning honeymoon effect in Atlanta (attendance +24% last year, opened SunTrust Park) and an off-season that lacked significant free agency activity are among the reasons ticket sales are expected to decline for a 3rd straight season. Less than 73 million people attended 2017 MLB games, the first time the league has failed to hit that mark since the 2010 season.

Howie Long-Short: Declining attendance over the last 7 years likely has more to do with artificially inflated attendance figures between 2001-2010, propped up by the opening of new ballparks (i.e. honeymoon effect), than a lack of interest in the game. Between 2001-2010, 1/3 (10 teams) of the league opened new stadiums; since that time, just 2 teams have (Marlins in ’12 and Braves in ’17). If you build it, they will come…for a few years.

Fan Marino: Baltimore’s baseball team may struggle to sell tickets in 2018 (ranked 23/30 in ’17 attendance), but the O’s have a plan to develop their next generation of fans; a program entitled “Kids Cheer Free”. For the first time in MLB history, a team will allow children (under the age of 9) into the ballpark for free. Parents that purchase a regularly priced upper-deck ticket are entitled to 2 additional seats for their children. This is a well thought out promotion (runs through at least March 31 – April 29). Empty seats don’t generate revenue, kids don’t buy tickets and parents spend on their kids (food/merchandise) at the ballpark. Everyone’s a winner, except the team on the field; projected to finish with the 4th worst team in the league.

ESPN (DIS) President Jimmy Pitaro values the cable network’s relationship with the NFL, having made it a priority to meet with league execs within his first few days on the job; but, unlike John Skipper, who was bound by provisions within cable and satellite carriage agreements to carry NFL games (or have their rate cut), Pitaro is free to operate in the best interest of the network. Between 2010-2015, ESPN worked to remove a provision from its affiliate deals, giving the network the leverage it desperately lacked during the last round of negotiations (when it agreed to pay $1.9 billion/season for the league’s least valuable rights package). While Pitaro views the network’s relationship with the league as a “top priority”, recent announcements by the NFL to re-assign ESPN’s playoff game to Fox (FOXA) and to give FOXA the rights to carry a competing NFL draft show, have placed the relationship in jeopardy beyond the ’21 season.

Howie Long-Short: ESPN will have more leverage with the league in the next round of negotiations, but there is also going to have more competition (at least if it seeks streaming rights) with Facebook, Amazon, YouTube etc. all looking to acquire live sports content. The good news for ESPN is that the NFL is going to seek “duel revenue streams” in the next round of broadcast negotiations, awarding television rights to the linear players and streaming rights to FAANG. The league is still a firm believer in traditional broadcast television, meaning ESPN/ABC will only need to outbid CBS, FOX, NBC to retain NFL rights.

Private equity firm Silver Lake Partners has invested $100 million for an undisclosed minority stake in Oak View Group (OVG), the entertainment and sports facilities company founded by Irving Azoff/Tim Leiweke. Oak View Group, which develops venues and provides consulting services, raised the capital to pursue “huge bets” outside of sports (i.e. music venue in Austin) and to expand internationally (see: Europe, Asia). Currently 27 stadiums and arenas use OVG for booking, sponsorship or security services; though Leiweke envisions adding 6-8 more before the end of 2018. The company acknowledges it’s “going through a massive growth spurt”, but insists it’s with good reason; the NFL, NBA and NHL are “at their healthiest levels ever” and concerts have become increasingly profitable.

Howie Long-Short: Rumors indicate that Silver Lake Partners and Jim Dolan, the Chairman of MSG, are working on a plan that would enable Dolan to eventually buy Madison Square Garden (and perhaps the Knicks and/or Rangers). As the story goes, Silver Lake Partners learned of the investment opportunity in OVG from Jim Dolan, “indicating Silver Lake has been speaking to Dolan.” While I’m not sure how Josh Kosman at the NY Post made the leap between the parties “speaking” and Silver Lake helping Dolan take MSG private, the connection between the two is apparent. Silver Lake Partners has taken an activist position in MSG (6.3%), while Dolan/MSG backs OVG.

Fan Marino: Oak View Group won the rights to redevelop Seattle’s Key Arena (they’re fully financing the deal, no public funding), to house the city’s new NHL franchise (while not yet announced, relocation or expansion is inevitable). Seattle may not be known as a hockey town, but within a 36-hour period in early May, 33,000 people issued deposits ($500 or $1,000) for the rights to purchase season tickets to an unnamed franchise that does not yet exist. As for the team name, OVG filed trademarks on these 13 ideas; Cougars, Eagles, Emeralds, Evergreens, Firebirds, Kraken, Rainiers, Renegades, Sea Lions, Seals, Sockeyes, Totems and Whales. If the goal is to sell merchandise, Kraken must be the choice.