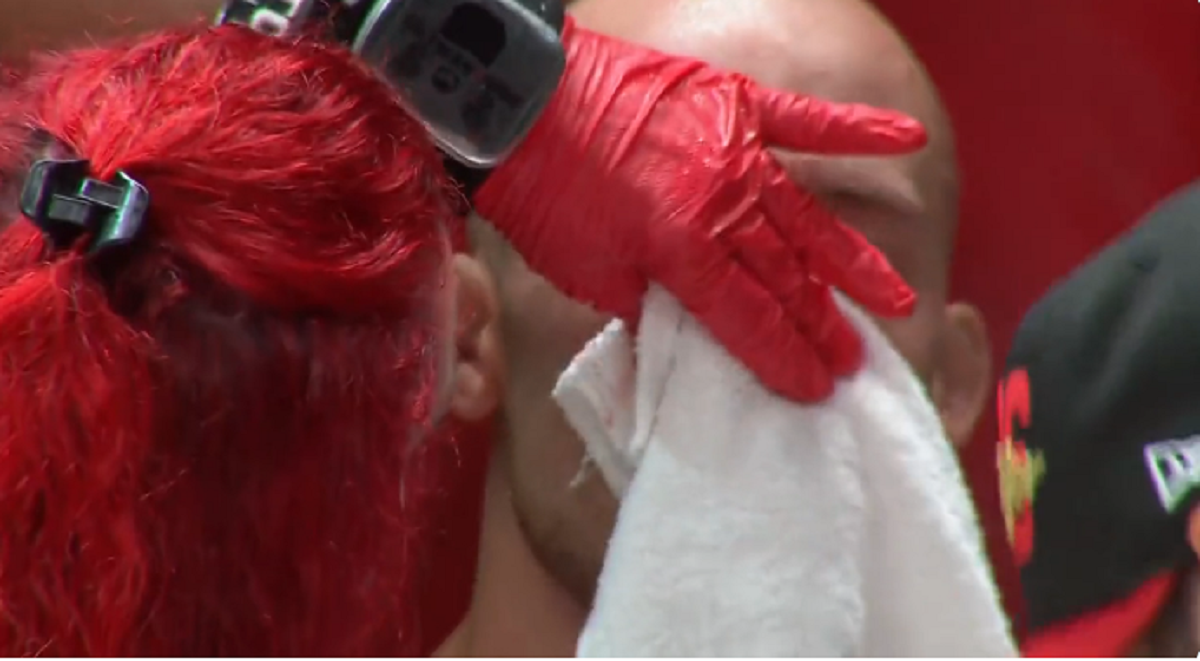 During Sunday’s A1 combat event, Perry got his nose broken after taking a knee to the face from opponent Marcel McCain in the first round of their fight.

Despite the fact that his nose was crooked and out of place, Perry tried to continue fighting.