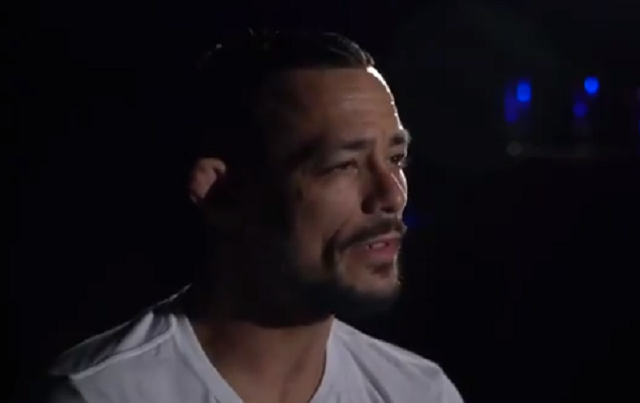 On Friday, August 27th FITE will present the world premiere of the documentary “Life of a Fighter: The Journey.” The film, directed by Anna Cespedes (Young and Alone, I’m Emilia) documents MMA veteran Chad “The Savage” George’s last fight as he comes to terms with the end of his career and transitions to the next phase of his life to become a coach/trainer.

Life of Fighter is the second documentary filmed about George’s MMA career and deals with the hard realities MMA fighters have to deal with on a daily basis.

🔎Examine as we follow his journey to the cage#LifeofaFighter follows Chad "The Savage" George through the trials and tribulations of his final journey into the #MMA cage.

In the middle of shooting the film, one of George’s MMA students tragically committed suicide which drove home to George the dire need for mental health care in sports.

We were able to sit down with George and he talked about the importance of mental health awareness not only for MMA fighters but for all athletes in general.

"Life of A Fighter" which documents George's transition from MMA fighter to becoming a coach/trainer airs on @FiteTV on Friday Aug 27th https://t.co/bPq0IU2Apy pic.twitter.com/xMqfPcoFMb

I think the mental health issue is something that needs to be addressed in all sports, especially professional sports, because there’s the life of an athlete, and there’s also life after a professional athlete. And most fighters, in general, have no direction on we take a lot of trauma to the head, and like a lot of fighters in general, we’re dealing with a lot of emotional issues that maybe people don’t even realize. And that’s why we’re fighting. I mean, there’s something that’s in us that needs to be addressed, and that’s why we’re stepping into a cage and fighting another person.

And a lot of times there’s depression, there’s addiction, and these are things that do not they’re not spoken about. They’re brushed under the rug until something drastic happens. And then all of a sudden, that’s the only time it comes to light. It’s really unfortunate, especially as people’s careers go on, trauma happens. The more that we’re seeing the CTE issues with brain injuries, and these are the things that need to be addressed earlier in the careers, because if it’s not talked about in the beginning, when issues do present itself, nobody knows how to even conversate about it.

George went on to say that he believes just starting the conversation about mental health awareness is a good first step in solving the problem.

I think one of the things that can be done is exactly what we’re doing right now. Start conversations. Right. That’s the first part. Coaches have to understand and recognize what athletes are going to be going through or what they are going

And instead of just pushing it on the road, let me know if you want to talk about it. A coach’s job is to lead their athletes to understand what’s going on and try to help them guide them through their issues. And a lot of fighters, we don’t want to talk about it. We don’t want to be the guy that tells you oh, I’m going crazy in my head, like these thoughts are happen because we’re supposed to give up this impression that we’re the toughest guy on the planet and listen at the end of the day, yeah, we can be tough to go out there and fight another man, but it’s just a job. We still go through the same insecurities, the same mental issues as everybody else in everyday life it’s just that we don’t want to talk about it. So it’s really important to do exactly what we’re doing right now and just start the conversation, and maybe that alone will be just the little bit somebody needs to talk about they’re going through and for all we know that could be enough to save someone’s life”

You can catch “Life of A Fighter” Friday, August 27th on FITE TV.