Wondering Why There Are Two Monday Night Football Games Tonight? Here’s Your Answer

#Monday Night Football
BroBible may earn a commission if you buy a product or service via links in this article.
by Clay SauertiegSeptember 19, 2022
Facebook Twitter Reddit Flipboard 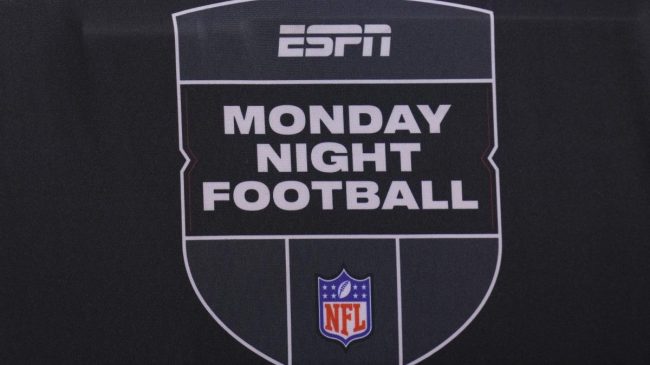 Football fans are never going to complain about having too much football but to watch. But NFL fans are perplexed by one part of this week’s schedule.

Why are there two Monday Night Football games on ESPN?

The Buffalo Bills play host to Tennesee Titans at 7:15 p.m. ET on ESPN and ESPN2, while the Philadelphia Eagles welcome the Minnesota Vikings at 8:30 p.m. on ABC and ESPN+.

It’s not the first time that there have been two Monday Night Football games. But the games are typically separated into an east coast game and a west coast game with vastly different start times. So naturally, NFL fans are curious.

Why are there two Monday Night Football games this week? And overlapping ones too?

I still haven’t seen an explanation on why there are two overlapping Monday Night Football games today.

Why are there two Monday night games tomorrow?

The answer is actually a lot more simple than you’d think.

The NFL Opts To Switch Up Its Primetime Television Window

Traditionally, the NFL has opted for a pair of Week 1 Monday Night Football games. Normally, one of those games would kick around 7 p.m. ET with a later west coast game at 10:15 p.m. ET.

Last year the league changed that. Instead, it opted for two Week 18 games on Saturday rather than Monday. The games were flexed from the regular schedule and involved teams still in a playoff race.

But as Tyler Sullivan of CBS Sports reports, this year is going to look a bit different.

With ESPN upping its slate of games from 17 to 23, there will technically be three weeks where the “Monday Night Football” branding will appear multiple times in 2022, even if it is not specifically on Monday or a true back-to-back doubleheader.

The first set of those games comes in Week 2 with the aforementioned matchups. The next doubleheader comes in Week 8. But rather than those games overlapping, the first will be on Sunday morning between the Broncos and Jaguars in London.

The final set of games will come yet again in Week 18 and feature a pair of flexed games featuring playoff hopefuls.

What have we learned from all of this?