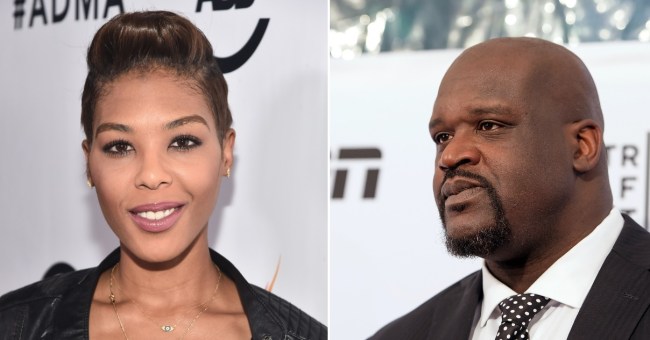 “Love & Hip Hop Hollywood” reality star, Moniece Slaughter, is making some serious accusations against her ex-boyfriend, Shaquille O’Neal, who she says berated her via text message by telling her she should kill herself.

During an appearance on “The Domenick Nati Show, Slaughter claims Shaq was angry at the fact that she had openly talked to the media about their relationship and sex life back in October.

“You know what’s crazy? I haven’t spoken to him in forever and he text me and told me to kill myself,” Moniece updated Domenick at a game night later hosted at her home. “I think what happened was, a lot of his hookers, current hookers, his harem, was upset and he tried to prove [something].”

Then, Moniece went to show Domenick the text messages. “First of all, I have him listed in my phone as ‘Booger.” That was my nickname for him,” she added. Shaq was allegedly upset because she was entertaining other men. “Out of the blue on October 25, he text me because our interview made MediaTakeOut. And so I said, ‘I don’t know why the hell you keep listening to MediaTakeOut.’ So, he text me back, ‘First of all, watch your mouth. You’re the one giving him my p*ssy. That’s my p*ssy and you keep entertaining bum ass n*ggas.'”

Slaughter showed the alleged text messages from Shaq on camera during the interview. 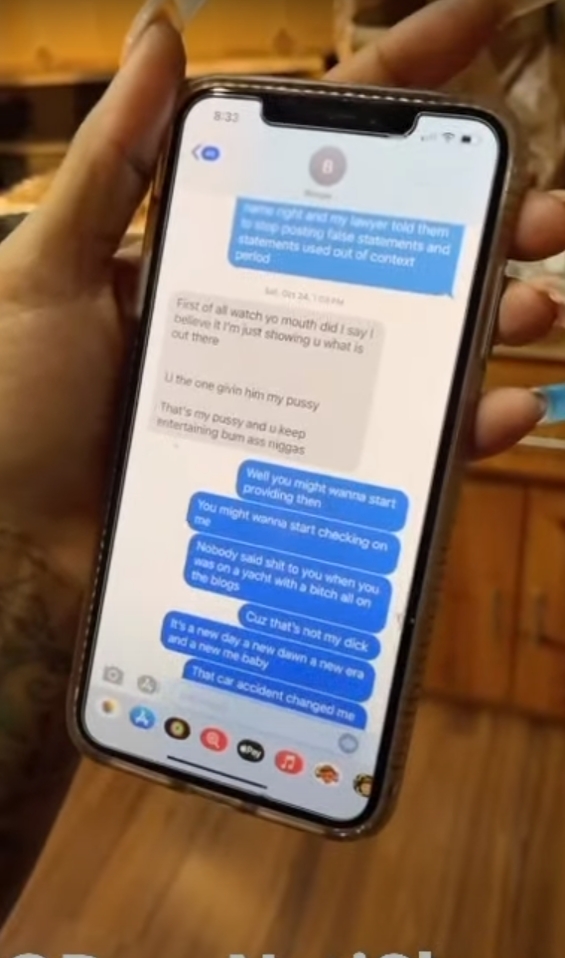 The reality star then demanded Shaq pay her if he wanted her to shut up and not speak to the media about their relationship.

Well you might want to start providing then. You might wanna start checking on me. Nobody said sht to you when you was on a yacht with a btch all on the blogs.”