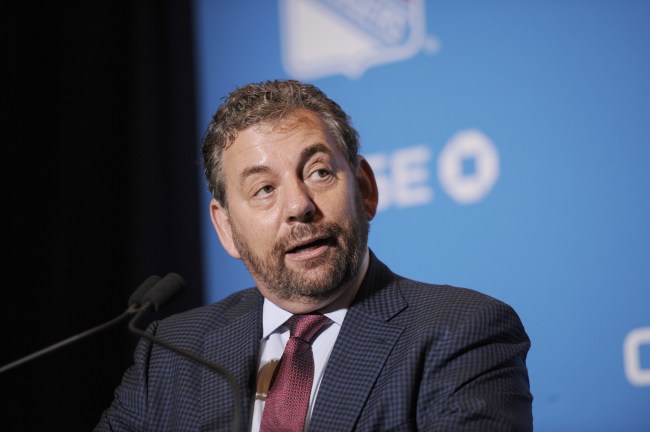 MSG CEO Steps Down Without Warning or Explanation, Company To Sell WNBA Franchise

Madison Square Garden Company (MSG) CEO David O’Connor has stepped down without warning or public explanation, effective immediately. The announcement’s timing is surprising, with the stock is up 30% YTD and the company having just announced Q1 ’18 revenue rose 35% YOY. Rumors are circling that that O’Connor was ousted after losing a power struggle to Azoff MSG Entertainment Chairman Irving Azoff. Executive Chairman James Dolan is set to take over as Madison Square Garden CEO. In an unrelated story, MSG has announced that it is selling its WNBA franchise, the New York Liberty. The company is said to be seeking a buyer that will immediately take over control of the team’s operations.

Howie Long-Short: If you value the Knicks at the same 10.8x multiple the Clippers sold for, based on ’16-’17 revenues, the Knicks are worth $4.06 billion. In ’16, Forbes valued the Rangers at $1.25 billion. The total current market cap of the company is $5.28B.  Wall Street isn’t giving MSG any credit for the Arena (tax assessment valued it at $1.25 billion), the Liberty, an AHL team, Counter Logic Gaming or their entertainment portfolio. While it won’t be much, proceeds from the Liberty sale should be all profit for MSG shareholders.

Fan Marino: Dolan’s inability to win isn’t limited to the Knicks and Rangers, as the Liberty failed to win a championship in their 21 years under his watch. This past season, despite finishing with the regular season with the best record in the Eastern Conference, the team lost in the first round of the WNBA playoffs. Of course, you can’t mention the Liberty without mentioning that Dolan hired Isiah Thomas to be the Team President after paying out $11.6 million in a sexual harassment lawsuit, on Thomas’ behalf, during his time in the Knicks front office.

DRL Introduces Life Like Simulator, Opens Tryouts for Spot in ‘18 Season and $75,000 Contract

DRL has introduced the web-based, realistic, drone flight/racing DRL Simulator to be used in qualifying for the 2018 DRL Allianz World Championship Season. Beginning today, aspiring pilots can download the Simulator on Steam (cost: $19.99) and compete on virtual maps of real racecourses from the 2016 and 2017 DRL seasons; with open tryouts running through January 15th, 2018. The top 24 pilots will qualify in the 2018 Swatch (OTC: SWGAY) DRL Tryouts, a live esports-style tournament that will be streamed globally on February 3rd, 2018. The winner will receive a spot in the Championship season and a $75,000 professional contract.

Howie Long-Short: DRL is a global sports league, so partnering with SWGAY; a brand with global reach, makes sense. During the 1st half of 2017, SWGAY grew sales 1.2% YOY (on a constant currency basis) to $3.9 billion; while increasing profits 6.8% YOY to $298.49 million. UBS strategist Karen Olney was quoted in a story yesterday touting Swiss stocks; citing their cheap valuations, a secure market and the potential for big returns as the local economy improves. SWGAY is based in Switzerland.

Fan Marino: You don’t have to be an expert pilot to participate in the competition. In fact, you don’t even need experience operating a drone. As DRL CEO Nicholas Horbaczewski said, the Simulator was built to be “one-to-one with real life” and will teach you all the elements necessary to fly one. Once you complete the 50 training missions, “you’ll be a very competent drone pilot.” Then pick up a DRL Nikko Air DRL Drone ($139.99) at a mass market retailer and impress your friends with your newfound skill-set.

Fitbit (FIT) announced a partnership with Adidas (ADDYY) in September, promising consumers a new device loaded with programs to complement the company’s personalized training software. While the new special edition Ionic watch (to be released in ’18) will offer coaching and guidance, that distinguishes it from low-end fitness trackers, the decision to partner with Adidas centered on ADDYY’s popularity within China (‘16 revenue +28% YOY to $3.5 billion) and FIT’s inability to crack a market dominated by Xiaomi and Apple (AAPL). In Q4 ’16, FIT CEO James Park acknowledged the company had “yet to gain much traction in large markets like China” before expounding on the company’s plan in Q1 ’17 saying, the company would “look at a partnership model versus trying to develop the market all on our own.” Adidas has a large retail presence in the country, with more 10,000 brick and mortar locations.

Howie Long-Short: FIT saw Q3 growth over Q2 figures, but both revenue and units sold remain depressed from 2016 totals. Q3 ’17 revenue was down 22% YOY (to $392.5 million) and the total number of units sold dropped 32% YOY (to 3.6 million). Q4 will be the first full quarter of sales for the Ionic smartwatch and the company expects that product to drive quarterly revenue to between $570-$600 million; a figure that would be in line with their Q4 ’16 total, signaling that the company is on the “path back to growth and profitability.”

Fan Marino: Speaking of Adidas, the company introduced a new smart soccer ball to be used in the 2018 World Cup. The Telstar ’18, modeled after the original Telstar ball used in the 1970 World Cup, is being marketed as the most “tech savvy” ball history. Fans will be able to tap their phone on the NFC microchipped ball to unlock a unique consumer experience.