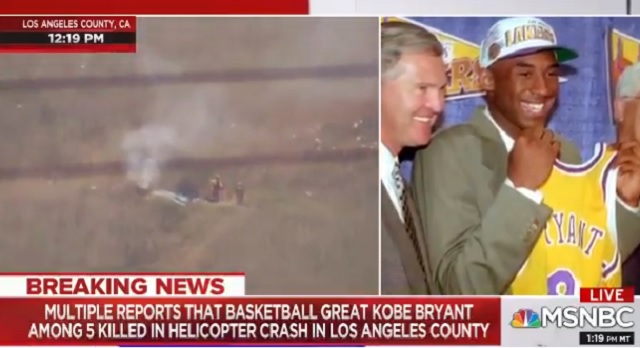 On Sunday afternoon Kobe Bryant and his daughter died tragically in a helicopter crash while heading towards the Mamba academy for a basketball game.

While reporting on the news MSNBC reporter fumbled her words and appeared to say something that sounded like a racial slur.

I’m watching MSNBC for Kobe coverage and check what I hear pic.twitter.com/lqZ8NC1xt7

So MSNBC anchor said what I thought she said.

Morris saw the backlash and took to Twitter to say that while she misspoke she did not use the N-word.

Earlier today, while reporting on the tragic news of Kobe Bryant’s passing, I unfortunately stuttered on air, combining the names of the Knicks and the Lakers to say “Nakers.” Please know I did not & would NEVER use a racist term. I apologize for the confusion this caused.

It does seem like Morris’ just tripped on her words and unfortunately it came out sounding wrong.