Three Must-Have NFL Players To Draft In Your Daily Fantasy Lineup In Week 7, According To A DFS Expert 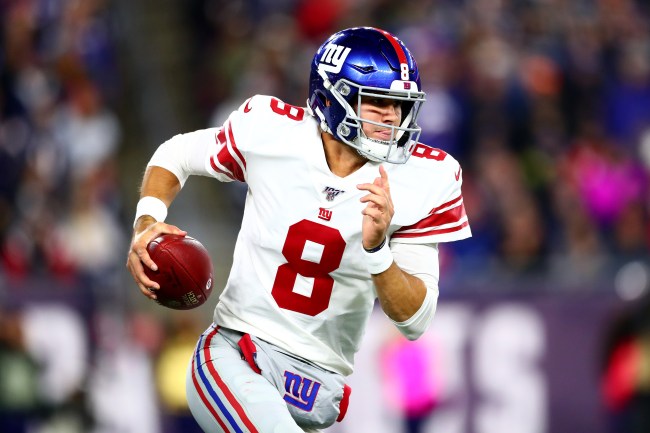 The “Millionaire Maker” is only ten dollars on Draft Kings this week as opposed to usually being twenty. So that’s even more reason for you to take a shot at a huge prize and try to climb to the top of the leaderboard. Let’s take a look at who we are targeting this week in our lineups.

Daniel Jones NYG QB $6200
Only the 9th highest priced quarterback on the slate, “Danny Dimes” is set for a rebound spot this week, after encountering two tough games against the Patriots and Vikings.

With an over/under set at 49.5 and only a 3 point spread, this game has shootout written all over it. Jones looks set to get some of his playmakers back this week, in Saquon Barkley and Evan Engram, and looks to build on his solid first game with Golden Tate. With the Giants unable to stop anyone, the Cardinals on the other side should be scoring as well. With a fast pace to the game, Jones should be throwing a lot to try to keep pace with the Cardinals.

I love him for a relatively cheap price this week.

Leonard Fournette Jax RB $7000
Draft Kings has slowly been rising Fournette’s price up, but it isn’t where it needs to be yet.

Fournette’s seeing some of the best volume in the league, and is even seeing a huge number of targets each week, averaging 6. Facing an awful Bengals team, where Jacksonville should have the lead, I am expecting at minimum 25 touches for Fournette. With that many touches, against a poor defense, Fournette should smash this matchup.

Evan Engram NYG TE $6500
It feels crazy to build my lineup around two New York Giants, but here we are.

Arizona is the best matchup in the NFL for tight ends, and Engram has been a target monster for the Giants, averaging just under 10 targets per game. Again, with the high pace to this game, you could even make a case that Engram could see an extra target or two, and really smash all the tight ends on the slate. He’s got massive upside this week.

Start your lineups here, and provide yourself with a solid base to get in the green this week!