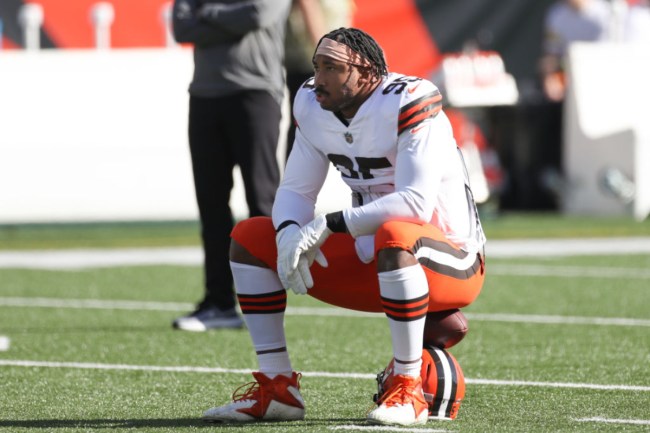 The Cleveland Browns took a 7-0 lead against the New England Patriots on Sunday. Then, the Browns gave up 45 unanswered points to lose 45-7 in one of the more lopsided games of the NFL season.

Cleveland defensive end Myles Garrett wasn’t too thrilled with his team’s performance after the game and wasn’t shy about taking a jab at his own coaching staff. In Garrett’s opinion, the Browns didn’t make any adjustments to anything the Patriots were doing offensively. That’s a recipe for disaster, to state the obvious.

While Garrett didn’t name defensive coordinator Joe Woods or head coach Kevin Stefanski by name, it doesn’t take a detective to determine that Garrett is very much so calling out his coaching staff.

Sunday’s loss to New England isn’t the first bad performance Cleveland’s defense has put together. The Browns have allowed at least 33 points in four of their five losses this season.

As for Garrett’s individual performance against the Patriots, he managed just one tackle in the game, which happened to be a sack.