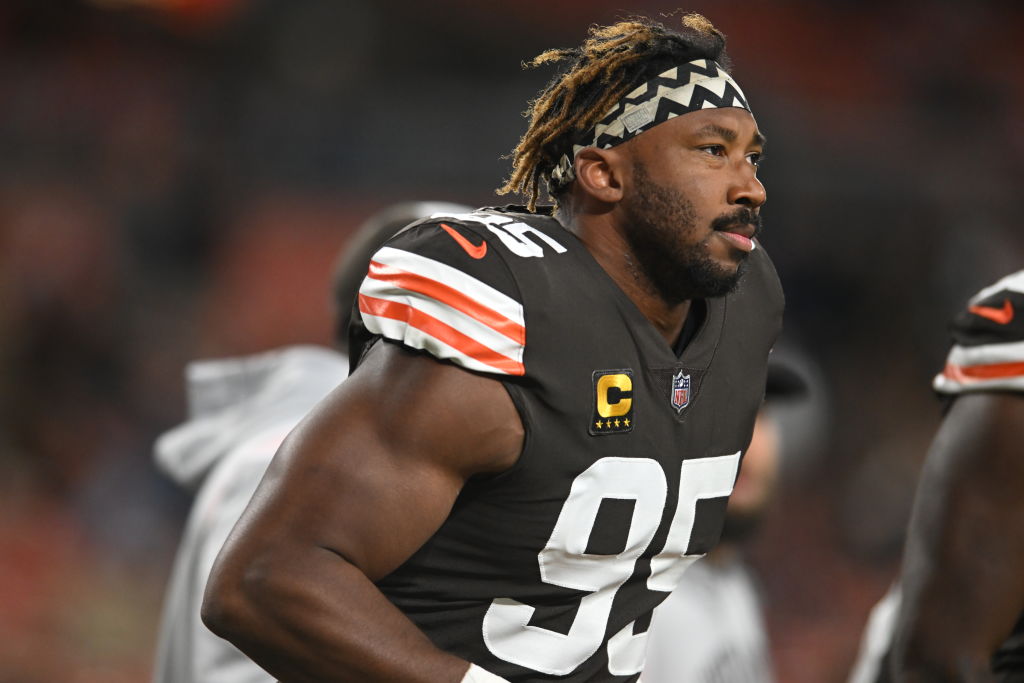 Browns’ Myles Garrett was involved in a serious car crash on Monday afternoon.

After leaving practice, Garrett was involved in a single-car wreck.

According to TMZ, Garrett’s Porsche flipped over several times and was taken to the hospital after the crash.

The Ohio State Highway Patrol shared the news just minutes ago … saying 26-year-old Garrett and a passenger were transported to a nearby hospital after getting into the accident.

According to WKYC News, Garrett was traveling with a female companion and they suffered non-life threatening injuries.

The accident occurred on State Route 18 as Garrett was driving a gray 2021 Porsche. The 26-year-old Garrett was on the right side of the roadway when he lost control and his vehicle was overturned.

WKYC shared some images of the wreck.

Picture of Myles Garrett’s Porsche following this afternoons accident. Thankfully he does not have any life-threatening injuries following what looks like a very rough accident. @wkyc pic.twitter.com/NpTLIPaeqB

According to WKYC both Myles Garrett and his passenger were wearing their seatbelts and impairment is NOT suspected. Both were taken to hospital for non-life threatening injuries. #Browns pic.twitter.com/OB9ryQ7k9L

#Browns confirm that Myles Garrett was involved in a one-car accident this afternoon after leaving the practice facility. Garrett suffered non-life threatening injuries and was taken to a local hospital.