Najee Harris Came For Stephen A. Smith’s Jugular When He Was Asked About Criticism 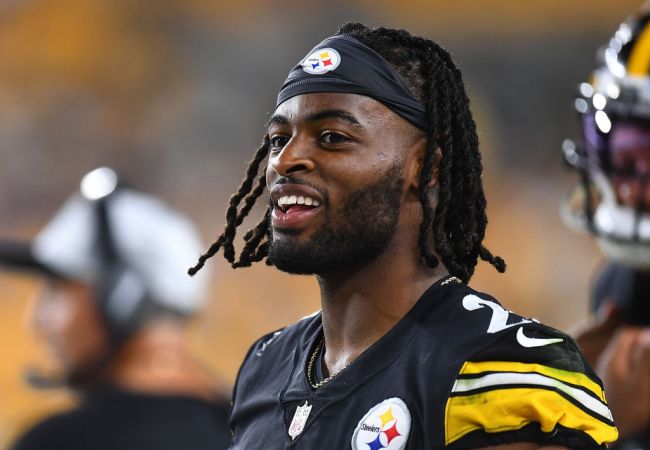 The Steelers came out of the gates hot in 2021 with a surprising win over the Buffalo Bills. Since then, however, Pittsburgh has lost three-straight games and the offense (Big Ben in particular) has looked completely inept.

As a result of the poor play, the Steelers have caught a lot of criticism over the past three weeks. Rookie running back Najee Harris has been the lone bright spot in the system, being that he is the new star on a struggling offense.

He found a rhythm last weekend and scored the first touchdown of his young career, but with the team falling behind early, his carries have been limited. Harris was asked about the team’s early woes on Friday and had a great answer.

During his response, he said he has not heard any criticism since the year that Alabama lost two games in one season. What a flex!

In addition to shutting down the noise, Harris called out ESPN’s Stephen A. Smith and went for his jugular.

Najee Harris asked how he’s dealing with the criticisms this year after not getting much at Alabama:

Although Harris is only averaging 3.4 yards per carry through four games, he is proving to be a valuable asset in the passing game. He leads Pittsburgh in reception and sits third on the team in receiving yards.

As his teammates struggle to get open and Roethlisberger struggles to get the ball off, Harris has been a crucially important safety outlet. He has made it very clear that he cannot hear the noise from the doubters and came straight at Stephen A.

The Steelers face the Broncos on Sunday. Will Smith be talking come Monday?