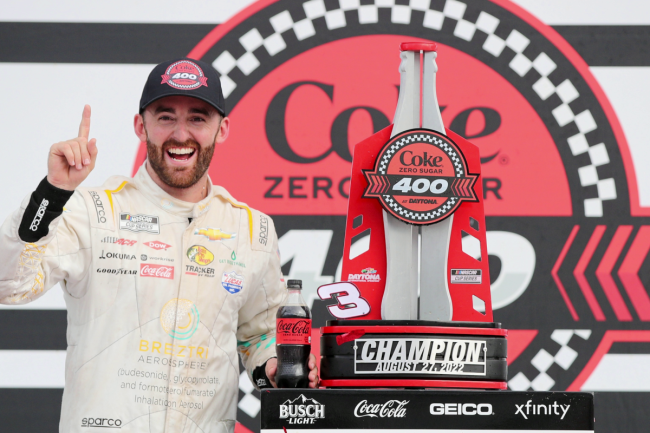 One NASCAR bettor is a very happy person after Sunday’s results of the Coke Zero Sugar 400. The race, which took place in Daytona, helped cash a wager that paid out a near $1 million win.

The gambler decided to take the longest of shots in Sunday racing action, placing a $13.49 free bet on four improbable drivers to finish in the top 10.

The conditions at Daytona were rainy on Sunday, which led to an unpredictable result. A massive 20+ car pileup cut a number of drivers’ days short while helping some of those in the back of the pack move up in the order.

When the chaos cleared, Cassill finished in 4th, Ware in 6th, McLeod in 7th, and Ragan in 9th. The measly $13 wager turned into an unreal $999,433 victory for the NASCAR bettor.

Take a look at the slip below.

This bettor took $13 and a dream and came out with one of the biggest wins I've ever seen.

Our finance department is in shambles 😅 pic.twitter.com/XoSkJOKpat

A thing of beauty.

I imagine there’s no better feeling than taking the sportsbooks to the cleaners. That bankroll is locked and loaded as we get ready for football season.