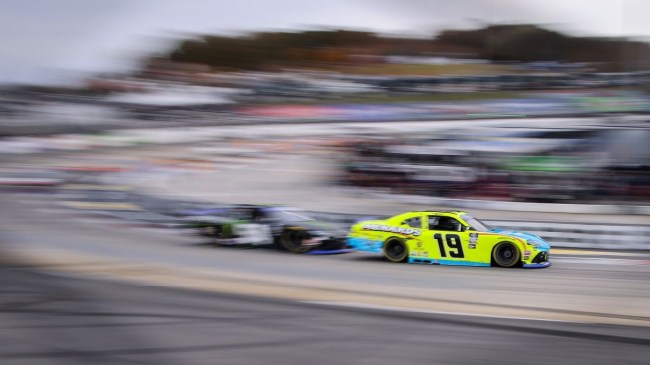 Ty Gibbs is the prince that was promised. Gibbs, who is just 20 years old, is the grandson of Super Bowl-winning coach and NASCAR champion team owner Joe Gibbs.

He’s one of the most talented young stars in NASCAR’s Xfinity Series, which is the equivalent of the minor league. Gibbs won four races in his debut season in the series in 2021. He’s outdone himself in 2022, winning six races and placing himself as the favorite to win the series championship.

His impressive resume is why he was called up to the NASCAR Cup Series as a fill-in driver for Michael Jordan’s 23XI race team. It’s also why he’s widely expected to have a full-time Cup Series ride with his grandfather’s race team in 2023. Gibbs will likely replace outgoing two-time series champion Kyle Busch.

Then there’s Brandon Jones. Jones is a teammate of Gibbs at Joe Gibbs Racing’s Xfinity Series team. At 25 years old, he’s a series veteran with five wins and a best finish of sixth in the championship.

Both Gibbs and Jones were two of eight drivers still alive for the NASCAR Xfinity Series championship entering Saturday’s race at Martinsville.

Gibbs secured his spot in next week’s championship race in Phoenix with a strong run. But Jones was in a more difficult position. He needed to win the race in order to advance and join his teammate in Phoenix.

He looked in a position to do just that on Saturday. But then Gibbs struck.

Jones took the lead late in the race with an aggressive, but clean move around Gibbs for the lead. He used the bumper of his car to move Gibbs up the racetrack and then made the pass.

But that seemed to anger Gibbs. After a couple of attempts to wreck Jones went to waste, he finally succeeded on the last lap.

What are your thoughts on Ty GIbbs' move on Brandon Jones?

Does he deserve the win? #NASCAR pic.twitter.com/B9vgL8ZZbG

Gibbs entered turn one on the final lap right behind Jones. Rather than try to pass of move him out of the way, he drove straight through his teammate, wrecking him to secure the win.

While Gibbs took home the checkered flag, he eliminated his teammate from the playoffs and put himself in a 3-on-1 disadvantage against Dale Earnhardt Jr’s race team, Jr. Motorsports, in Phoenix.

The move absolutely infuriated fans, who let Gibbs know about it after the race.

Fans were heard chanting “Thank you Grandpa” after Ty Gibbs’ move to win.

Jones took the situation in stride but said he “lost all respect” for Gibbs.

Brandon Jones says getting dumped by Ty Gibbs is surprising.

"Ty and I have always been friends, but lost all respect today."

"I'm looking forward to Phoenix to try and win that race but then transitioning over to JRM next year. I'm going to have a good time over there." pic.twitter.com/iZErkRxyPQ

While other drivers also weighed in.

Noah Gragson on his thoughts of the Ty Gibbs-Brandon Jones finish: “But I guess … you’ve got to kind of deal with that when you’re driving that Ty Gibbs Racing car, I mean Joe Gibbs Racing car.” pic.twitter.com/Rh4F7HNNde