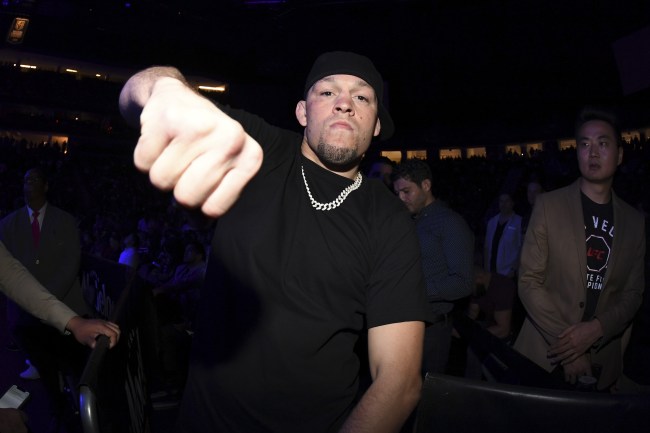 Nate Diaz is by far one of the coolest fucking fighters in the UFC.

Today, Diaz was set to hold an open workout in front of fans and media for highly anticipated UFC 241 fight against Anthony Pettis this weekend. Instead of working out Diaz just sparked up a joint and showed off his lung capacity while on stage.

Nate Diaz sparks a joint and shows off his lung capacity. pic.twitter.com/KuiKYSAJnh

Diaz then proceeded to pass the joint around to his fans in attendance.

It’s cool, though. He passed it to the crowd … pic.twitter.com/YNLHHSXgmP

Apparently the joint was filled with CBD because Nate can’t smoke weed before the fight due to restrictions in the UFC’s anti-doping policy.

Diaz said the joint was CBD, his own line from Game Up Nutrition. CBD is legal in- and out-of-competition in the UFC’s anti-doping policy. Diaz said he’ll have to save the THC for after the fight since it’s prohibited in-competition.