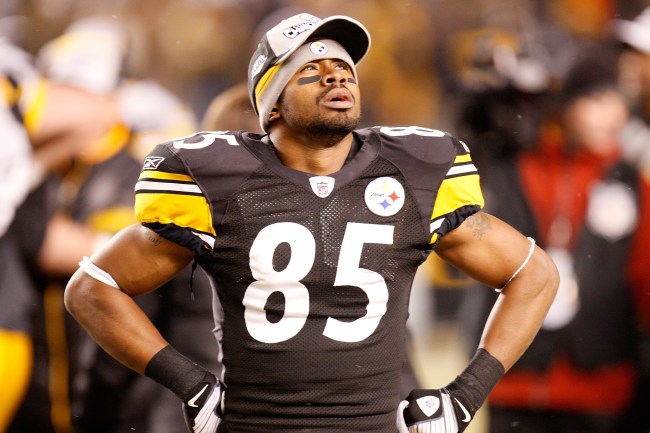 If you have paid attention to the NFL news cycle the last few days, you would know that Antonio Brown has been acting up on social media again. It’s truly amazing that the former Steelers/Raiders/Patriots wide receiver hasn’t learned to shut his mouth. Well, maybe it isn’t all that amazing since he spent the second half of 2019 becoming a one-man circus. And now, it is only a matter of time before his closest friends and allies all turn their backs on him. For starters, to kick off 2020, former Steelers wide receiver Nate Washington took to Twitter to let AB know that he is fed up with his antics.

It’s not the first time Brown has taken aim at Smith-Schuster and it probably won’t be the last, since destroying relationships for no good reason seems to be Brown’s calling card these days. Anyway, Nate Washington saw AB’s tweet directed at Smith-Schuster and went on a tirade of his own.

AB lost alllllllll respect‼️You talkin bout JuJu like he get into beef! Boy like playing video games! Take yo lost childhood, no real friends ass on!

Boys pull the weakest moves when they sit in the dark. I bet the jugs machine don’t even wanna throw to that boy! #HellaWeak

I don’t care how many footballs you catch if your character as a MAN is weak as hell! This the problem! To many fans fall in love with the talent, instead of the person! #WakeUp https://t.co/dAIjuLdtJR

AB hasn’t reacted to the tweets calling him out but Washington isn’t too worried about getting into a social media beef with Brown.

And what that mean if he see it?! He gone entertain y’all with a reply tweet? Lmao. I’m a real 80’s baby! I ain’t worried bout no social media beefs! I ain’t hard to find…. 💯

He has a point. Real 80s babies keep their shit the hardest.

For what!? I don’t follow him and I don’t play internet beef games! I’m grown. You wanna at him go ahead! You internet clowns need to join his circus! I ain’t wit the games boy… #ISaidWhatISaid #AndAintHardToFind 💯 https://t.co/DjKvgPqyiJ

It’s only a matter of time before Brown responds to Washington. And while that will ultimately make for great content, it will probably result in Brown burning more NFL bridges in the process.