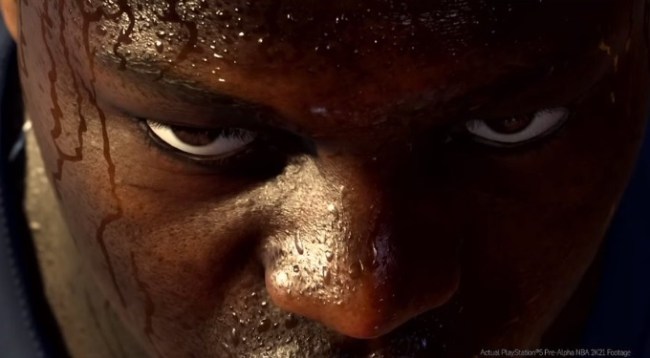 NBA2K21 is going to get released on the next-gen PS5 console this fall which means 2k is ready to show off their new sweat tech.

The 2k21 trailer featured a lot of sweat which has become a running joke among 2K fans.

NBA 2K throwing a few extra beads of sweat on the player model every year during their game teaser pic.twitter.com/CG5FzUhmue

Why is sweat always the go to when showing off what a new console can do https://t.co/cFoRNxiufX

NBA 2K be exaggerating the sweat every year lmao. pic.twitter.com/pcH60URYrq