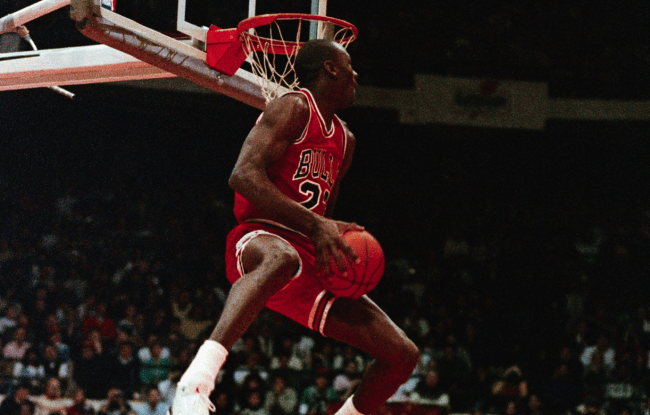 The folks over at NBA 2K23 revealed on Monday that their special edition cover star will be none other than the man who made the number 23 famous, Michael Jordan.

The last time NBA fans were surprised with the addition of Michael Jordan to a video game, and as the game’s cover athlete, was way back in 2011 with NBA 2K11.

Back then, no one ever really expected to be able to play as His Airness in a real, honest to goodness NBA video game because MJ had previously never allowed it.

Jordan, after opting out of the Player’s Association and taking ownership of his name, had only appeared in games like NBA Street and NBA Live 2000, but not in the way fans wanted.

12 years later, appropriately in the year 2023, Michael Jordan is once again back where he belongs, on the cover.

No other way to do it for 2️⃣3️⃣

NBA 2K23 will also be bringing back the 2K11 Jordan Challenges

In addition to appearing on the covers of the special Michael Jordan Edition and the Championship Edition of NBA 2K23, 2K Games is also bringing back the Jordan Challenges that appeared in NBA 2K11.

That means, like in 2011, fans will get to recreate 15 iconic moments from Jordan’s Hall of Fame career, including the 10 of the original Challenges from NBA 2K11. They will include moments from MJ’s time in college, in the NBA, and with Team USA Basketball.

2K11 is simply a masterpiece. One of the best games ever.

“After making 23 the most recognizable number in sports, it was only fitting that for NBA 2K23 we introduce the Michael Jordan Edition,” says NBA 2K2 Vice President of Global Marketing Strategy Alfie Brody. “Additionally, we’re thrilled to introduce a brand new premium edition of the game with the NBA 2K23 Championship Edition, as no other player embodies the word ‘champion’ like Jordan. This limited-edition version will also offer players the opportunity to catch on-court action throughout the season with a 12-month subscription to NBA League Pass included.”

Needless to say, NBA fans are very excited about this news.

This will be the greatest 2k of all time

Kobe got next with 24