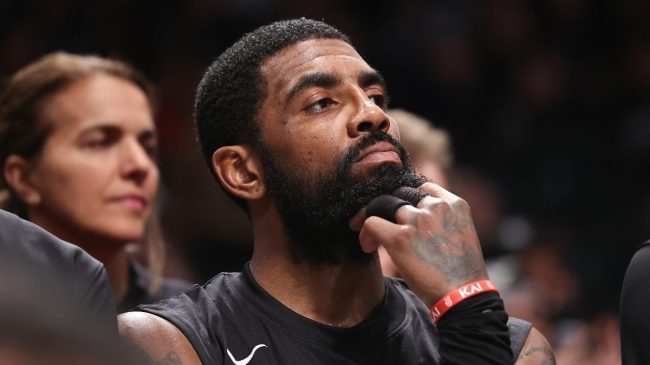 We’re all well aware of Kyri Irving’s actions, as the Brooklyn Nets’ guard has been extremely controversial as of late. He and the organization released a joint statement about the anti-Semitic posts Irving has been sharing. Now, NBA Commissioner Adam Silver isn’t happy with the statement and is going to meet with the veteran guard one on one.

On Wednesday, Irving and the Nets released a joint statement about what’s transpired in the past week. Even though the statement focuses on negating Kyrie Irving’s controversial posts, it’s still not a direct quote from the star guard. It’s a long read, but here’s the full statement.

Adam Silver was not satisfied with the statement Kyrie Irving put out last night so he’s going to meet with him in person. Kyrie is headed the Principal’s office. pic.twitter.com/l1jYb7HKWT

After seeing that long joint statement, it turns out NBA Commissioner Adam Silver is not satisfied. For that reason, he’s calling a meeting with Irving to discuss the matters at hand, per Robert Littal.

Adam Silver was not satisfied with the statement Kyrie Irving put out last night so he’s going to meet with him in person. Kyrie is headed the Principal’s office. pic.twitter.com/l1jYb7HKWT

As you could guess, the NBA world is buzzing about it. Some applaud Silver and hope he delivers a punishment to Kyrie Irving. Meanwhile, others believe the Commissioner responded too slowly to the entire situation.

The only reason Kyrie hasn’t been suspended yet is because of his position with the NBPA. Suspend him now, @NBA

Fair point. But at least Adam Silver isn’t just sitting back on the sidelines.

I like Adam Silver but his delay in speaking out against this is absurd. He will now bring more attention to Kyrie’s statement when it was waning a bit. Bad job here.

There is no way of knowing what will happen until it is said and done. However, this speculation is very much in play.

He’s going to force him to apologize publicly or get suspended for the season. Guaranteed.

Keep an eye on this situation, as more information will come to light shortly. Maybe Adam Silver can talk some sense to Kyrie Irving. We won’t know though until another official statement is released.