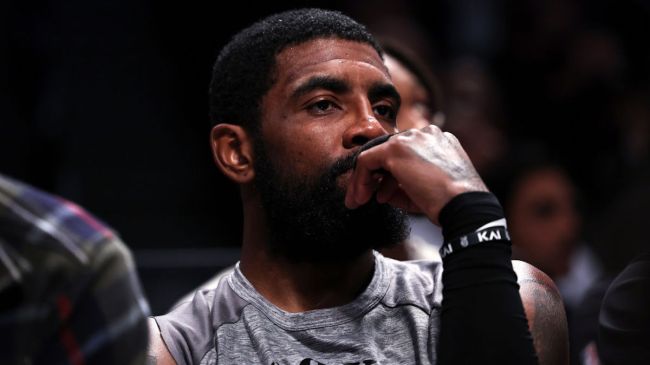 The statement, which was released as a joint statement from Irving, the Nets, and the Anti-Defamation League, says that they will each donate $500,000 “toward causes and organizations that work to eradicate hate and intolerance in our communities.”

“To promote education within our community, Kyrie Irving and the Brooklyn Nets will each donate $500,000 toward causes and organizations that work to educate hate and intolerance in our communities. The Nets and Kyrie Irving will work with the ADL, a nonprofit organization devoted to fighting antisemitism and all types of hate,” the official statement reads in part.

Irving also made a direct statement and apologized, however, he still showed vague support of “Hebrews to Negores” by saying that he doesn’t believe “everything” in the film is true.

“I am aware of the negative impact of my post towards the Jewish community and I take responsibility. I do not believe everything said in the documentary was true or reflects my morals or principles. I am a human being learning from all walks of life and I intend to do so with an open mind and a willingness to listen,” Irving said.

Joint statement from Kyrie Irving, the Brooklyn Nets, and the Anti-Defamation League pic.twitter.com/5szamIClsh

The statement marks a stark reversal from Irving, who previously told ESPN reporter Nick Friedell in a heated exchange he’s “not gonna stand down on anything I believe in” and will “only get stronger and stronger because… I have a whole army around me.”

This latest controversy surrounding Kyrie Irving, who is making around $36 million this season, stems from his sharing of a link to the film “Hebrews to Negroes” on Twitter. The film, among many other antisemitic tropes, proliferates a fake Hitler quote about the “true Jews”, while also stating that the six million Jewish people that were killed during the Holocaust is “one of five major falsehoods” and is a result of “the Jewish controlled media.”

RELATED: Shaq Says Kyrie Irving Is An Idiot, Charles Barkley Says He Should Be Suspended In Scathing ‘Inside The NBA’ Segment