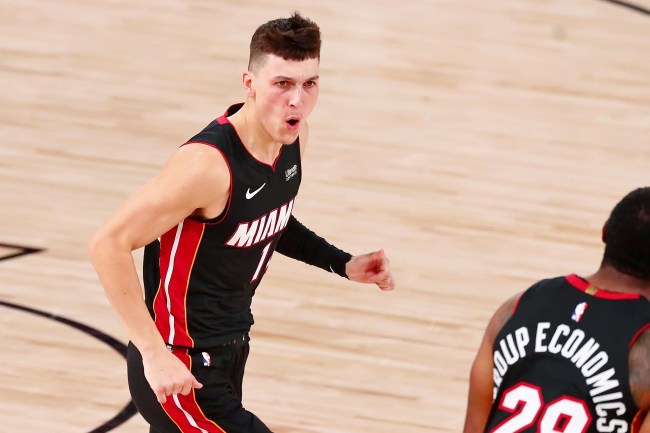 I think it goes without saying for sports gamblers that the beauty of championship games are not only the intensity of them, but the intensity of the prop bets you can wager on. From heads or tails on the coin flips at Super Bowls to what color Gatorade will be dumped on the winning coaches head, you just can’t get hilarious bets like that in the regular season.

This is why I am always sure to hammer down on prop bets whether I win or lose, they’re always a blast. Tonight is Game 1 of the NBA Finals between the Heat and Lakers, and there is only one prop bet you need to be smashing tonight in the eyes of The Brilliantly Dumb Show legend, Jersey Jerry.

There is something about a guy with a Jersey accent telling you about a lock that makes me bet it every time. Regardless if they are right or wrong or how ridiculous the bet is, I can’t help but get on board with the same bet as an Italian from Jersey. There’s a certain comfort level there that makes me feel that I am going to be okay.

Jersey Jerry has been coming on our show to give picks as he fights for his own segment, he has to hit 7 out of 10 picks correctly and he currently stands at 5-3. With everything on the line tonight, Jerry has elected to go with a bizarre prop bet of points scored by Heat guard, Tyler Herro. Under 15.5 points for the Miami guard is his play and I have no choice but to roll with it. I get that nobody is thrilled about rooting for an under but money is money and Jersey Jerry had that green look in his eyes on episode No. 100 of the show.

His reasoning for the under bet is absurd, but that’s what makes Jersey Jerry, Jersey Jerry. Bet with him, bet against him, just be sure and enjoy the thrill, its championship time folks. Tyler Herro under 15.5 points is the play.