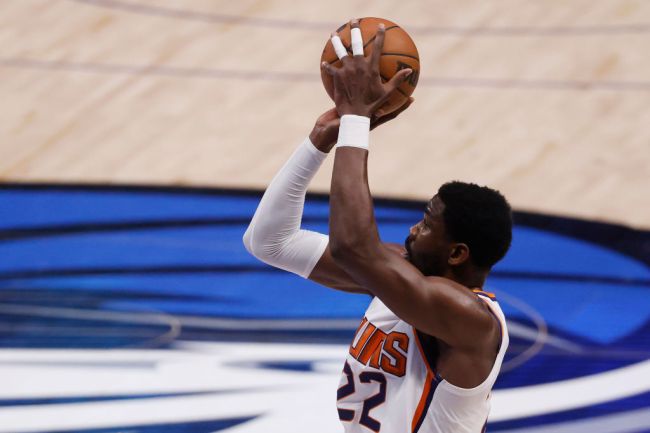 The Phoenix Suns have had a rough few days. They were eliminated from the playoffs by the Dallas Mavericks in embarrassing fashion on Sunday. They then spent all day Monday getting trashed by just about everybody in the basketball world and posting an apology to fans that just made things worse for them.

Despite the awful last few days, there is one Phoenix Sun who could be celebrating very soon. According to NBA insider Adrian Wojnarowski, Deandre Ayton will have options this summer to land a max contract.

“Deandre Ayton did not feel valued by this Phoenix organization. They were not able to come to an agreement on his rookie extension. He saw many of the top players in his class get extensions and he wanted a max deal, he would not move off that. So now he moves towards restricted free agency this summer where he’ll have some more options.”

It’s not hard to see why Ayton would be frustrated with the Phoenix Suns right now. While he has yet to receive a contract extension from the Suns, he has watched as other teams have signed players drafted behind in 2018 to massive contract extensions, including Jaren Jackson Jr, Michael Porter Jr, and Shai Gilgeous-Alexander.

To make matters worse, while the Suns refused to give Ayton the money he was looking for, they signed Mikal Bridges to a 4 year, $90 million extension. Bridges was selected 9 picks after Ayton in 2018.

After averaging 16.3 points and 10.5 rebounds per game over the last 4 years with the Suns, Ayton should have plenty of suitors if he hits free agency this summer.