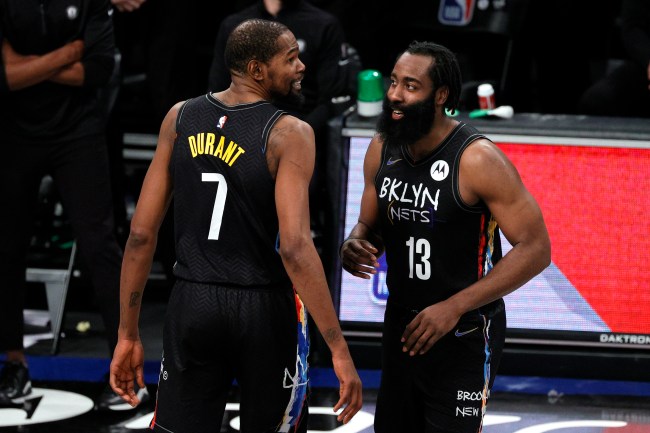 James Harden, who is currently out with a hamstring strain, will travel with the Nets to South Beach for the team’s next game against the Miami Heat on Sunday. Harden has missed the last five games and will not play against the Heat but is traveling with the team for the first time after previously staying in Brooklyn for the team’s last two road games.

James Harden will travel with the team to Miami, Steve Nash said. Harden is traveling because it will aid him in his rehab to workout with the training staff and other players — he isn't expected to play against the Heat.

Steve Nash said James Harden would travel with the team for its three-games-in-four-days road trip that tips off in Miami on Sunday. Nash and general manager Sean Marks said on Friday that Harden is closing in on his return from a hamstring strain.

“He needs to play and there’s no one to play with back here,” said Nash. “So, to get him his workouts that are necessary is the first step and to do that he has to travel.”

Considering Harden has a reputation of enjoying going at out while on the road, fans made strip club jokes at Harden’s expense.

Ain’t no way Harden turning down a trip to Miami 💀 https://t.co/X5VcKO2CoI

James Harden will travel with the team to Miami, per @Krisplashed. pic.twitter.com/LsOjFfLbAx

James Harden at the clubs in Miami when the team plane lands. #JustJokes pic.twitter.com/DgOOop2bQo

Miami’s economy is expecting a big surge this weekend, per sources https://t.co/3iulKiYmoH

You thought James Harden was missing a free flight to Miami? The strippers are at practice right now doing new tricks https://t.co/hHbQE1cWhw

Clubs are currently open in Miami