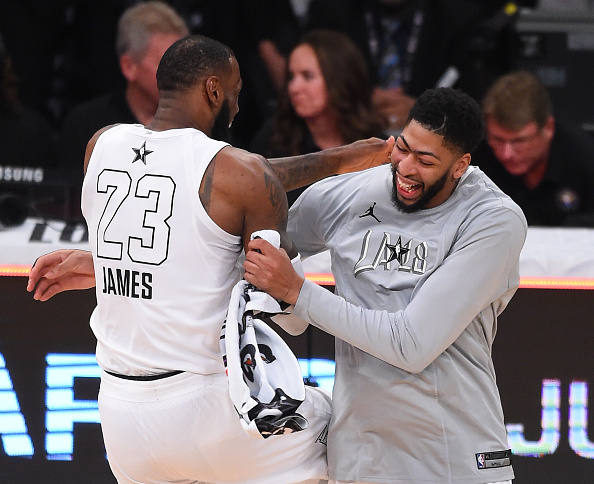 Earlier this week, LeBron James caused a bit of a firestorm when he answered a question from a reporter on whether he wanted Pelicans’ superstar Anthony Davis to join the Lakers.

Pelicans GM Dell Demps responded to LeBron’s comment by saying that he would allow the NBA to determine whether LeBron was in violation of the league’s tampering rules.

Here are the tampering rules for players according to the NBA bylaws.

Any Player who, directly or indirectly, entices, induces, persuades or attempts to entice, induce or persuade any Player, Coach, Trainer, General Manager, or any other person who is under contract to any other Member of the Association to enter into negotiations for or relating to his services shall, on being charged with such tampering, should be given an opportunity to answer to such charges after due notice and the Commissioner shall have the power to decide whether or not the charges have been sustained …”

Several GMs of small market GMs are not happy that the league hasn’t fined LeBron for tampering over his comments about Davis.

The NBA responded to the complaints coming from the GMs and said that LeBron didn’t break any rules when he made his comment about Anthony Davis.

An NBA spokesman tells ESPN: “Each case is assessed on its own facts. In general, absent evidence of team coordination or other aggravating factors, it is not tampering when a player makes a comment about his interest in playing with another team’s player.” https://t.co/6hEIyW3qBi

LeBron has been able to tiptoe around the league’s tampering rules for years it would be silly to think that the league would come down on him at this point.