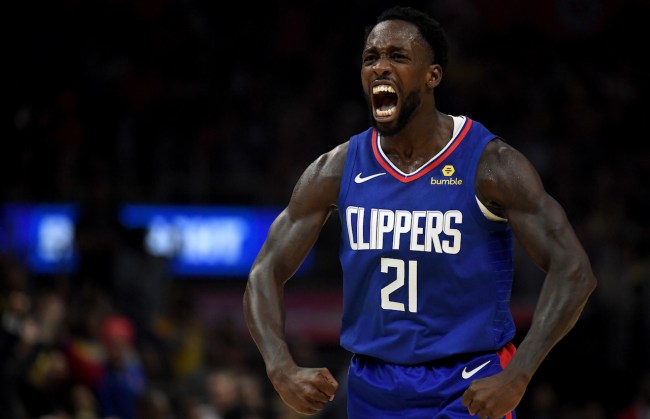 This NBA bubble, so far in my eyes has been fantastic, I almost feel guilty for being able to wake up at 9 AM on the West Coast and watch an NBA game before I even finish my first cup of coffee. Adam Silver is clearly winning here and showing folks that this bizarre concept of a playoff bubble at Disney has worked beyond belief.

The bubble has had it all so far, from classic ESPN overreactions with the Lakers and Bucks losing Game 1 of their playoff series, to Luka Doncic taking the NBA world by storm. But there is one thing that the NBA world is missing right now that would complete this entire bubble, Patrick Beverley. Yes, I said it, Patrick Beverley.

A strained left calf on August 4th has kept the Clippers’ point guard out of their first-round battle with the Mavericks since suffering the injury in Game 1. To some, it’s the reason the Clippers have not been able to steamroll through the Mavericks in the way that most thought they would. I can’t begin to express how much more entertaining it is to watch a Clippers game when Beverley is playing. When Beverley is on the court the Clippers instantly become this scrappy, pedal to the metal type of team that never seems to take their foot off the gas. Although he is not going to put up 30 points a game like Kawhi Leonard will, he is the straw that stirs the drink for this Clippers team and a guy they rely on to give them that edge that they need.

Los Angeles has been desperate for a Clippers vs. Lakers Western Conference Finals as soon as the reality set in that both teams were good enough to make that happen. But this matchup is truly not the same without the possibility of Beverley heckling LeBron’s ear off all game. Hate him or love him, you can not deny the passion out of Beverley and the entertainment factor he brings to the league.