Ranking The NBA’s Top 3 ‘Rough Riders’, The Guys That Make The League So Great 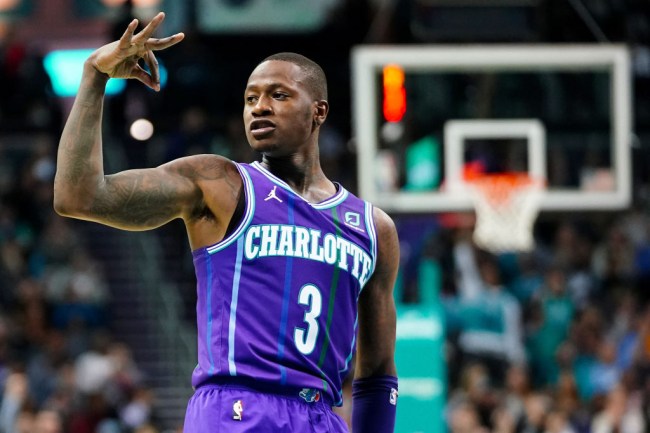 Every team needs at least one of them. A guy who doesn’t mind going on the court whether it be in the starting lineup or off the bench and picking up a quick two fouls in a matter of five minutes before they get taken back out. These guys are not only what makes the NBA so great, but they also make the particular team they are on better. When Dennis Rodman or Ron Artest stepped on the floor you weren’t worried about them dropping 25 points on you, you were worried about taking a few elbows to the chin, which is just as bad.

I decided that in order to keep you folks entertained today, it would be best to rank the NBA’s current top 3 ‘Rough Riders’.

I met this guy in a hotel elevator one time and was scared shitless that I would accidentally click floor 12 when he asked me to click floor 11.

A lot of times these rough riders are not putting up big numbers, but Terry Rozier can drop a 30 piece on your head in no time. A floor general that plays up in your face type defense that Bobby Knight would blow a load over back in his coaching days. A true warrior that probably goes overlooked since he plays on the Charlotte Hornets.

Maybe the only two guys in NBA history that it is okay to put in the same category and double down on. Pick your poison with the Morris bros on the court. I guess it runs in the blood for these twins and it makes you wonder the type of defense Mr. and Mrs. Morris were able to play back in the day.

These boys are relentless on both sides of the ball and two guys you don’t want to spend your time trying to box out for a rebound. With Demarcus Cousins still injured, you can expect to see these bros on the top leaderboards in the technical foul department year in and year out.

One of the only guys in the league where if you could not see a scoreboard as a fan, you would never know what the score is with the way this guy plays. Pedal to metal, non-stop intensity. I

remember watching the Warriors vs Clippers in the playoffs last year with the Warriors on top by 25 points with five minutes left in the game and a 3-1 lead in the series. Beverly was playing full-court press defense trying to get a steal to put the Clippers down by the small margin of 23 points. That is when I said to myself, this guy is far and away my favorite player in the game right now.