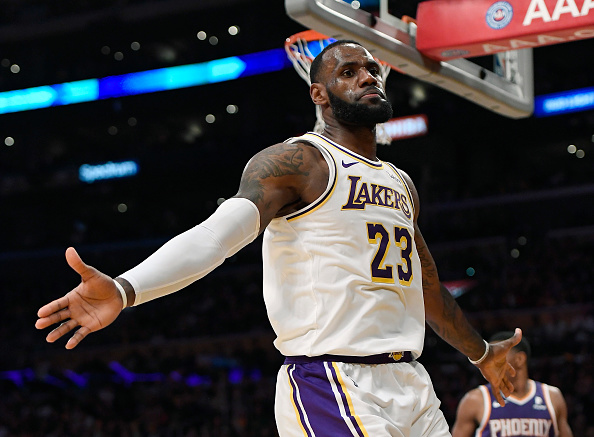 You’ve probably seen plenty of people talking about NBA Top Shot on social media over the past few weeks and you’re not alone if you don’t have a clue what it is. NBA Top Shot sounds like the title of a video game, but it’s far from that.

It’s been around since July of 2019, but NBA Top Shot has exploded recently with over $50 million in revenue over the last week alone coming in from folks wanting to get in on the action before the rest of the world really catches on.

What is NBA Top Shot?

NBA Top Shot is an online-only collection of highlights from around the league and they can be obtained by buying packs or purchased via auction format. For those that have played FIFA or NBA 2k, think of it like Ultimate team or My Team, you spend money to open packs, only these ‘cards’ are a video highlight.

Sometimes the packs are good, sometimes the packs will be a massive L. You could open a pack and receive a highlight of Kevin Durant dunking on someone that’s being produced a limited number of times, or the top highlight in the pack could be JJ Redick hitting a standard three-pointer at the halftime buzzer.

You may be asking ‘well, can’t I just watch these highlights on YouTube?’ Yes, you can, but you don’t own that clip. The highlight clips are created through Blockchain, which is the same tech that powers Bitcoin and various other cryptocurrencies. Blockchain is impossible to hack therefore making it impossible to duplicate the file. Therefore, whichever highlight you receive, it’s essentially yours and only yours.

There are three tiers of packs that you can buy, and they’re broken down into common, rare, and legendary categories:

The packs are not unlimited, instead, they’re released in a limited number and can sell out. This, of course, keeps the market somewhat steady.

Spending $230 on a pack that you may or may not receive highlights of the same or more value seems risky, and that’s because it is. Nevertheless, you could pack a Top Shot of LeBron James or Zion Williamson, which each sold on the site for $100,000.

Some people are addicted to Top Shot just like they’re addicted to trading cards and memorabilia, just think of this as the new-age version of that. While the trading card business is booming at the moment as well, NBA Top Shot also has that intrigue from the cryptocurrency world with people not wanting to miss out on the next big thing. Plus, opening packs and receiving an NBA highlight is far easier to understand than the crypto or stock market world for most people.

There’s also the simple fact that you can make money on NBA Top Shots. You can buy and sell your Top Shots and deposit the money into your actual bank account.

Bitcoin was once selling for literal pennies and now shares have surpassed the $50k mark. NBA Top Shot appears to be the next big thing in the sports memorabilia, trading card, crypto world and could change everything in a matter of time.

The market is extremely fresh at the moment given how short NBA Top Shot’s life has been at this point. Surely the dust will settle, but who knows just how much settling it may do?