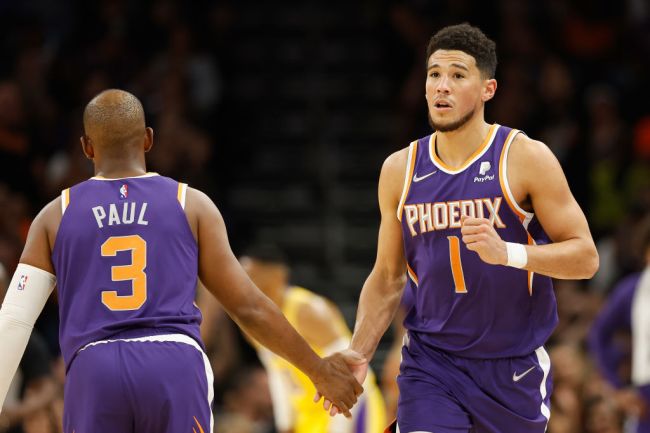 The Phoenix Suns have cruised through this NBA season. They have owned the league’s top record for most of the season and haven’t had a real challenger for that spot inquire some time. Even an injury to Chris Paul didn’t so much to slow them down.

It has been a dominant showing in the valley and the Suns currently find themselves 8 games ahead of the 2nd place Memphis Grizzlies. It might make it seem like the Suns don’t really have anything to play for in the last 2 games of the season, but that lead over the Grizzlies might be one worth maintaining.

According to The Athletic’s Sam Amick, every team that has finished the season with a lead of 7 or more games in the last 46 years has gone on to win the NBA title.

Since the NBA-ABA merger in 1976, seven teams have finished the regular season with a lead of seven-plus games on the second-best team. They all won the title.

The Suns are up eight. More here, at @TheAthletic https://t.co/WkDvgXrxkL

To ensure they maintain that lead through the end of the regular season, the Suns just need to win one of their last two games. The first of those comes at the Utah Jazz tonight with their last game of the season seeing them take on the Sacramento Kings in Phoenix on Sunday.

If they can win one of those two, it seems we should just give them the Larry O’Brien trophy before the playoffs even start. It seems oddsmakers have caught on to this trend as the Suns are currently listed as the favorite to win the title by a pretty wide margin.

Maybe this is the year the Suns finally bring home their first ring to Phoenix.