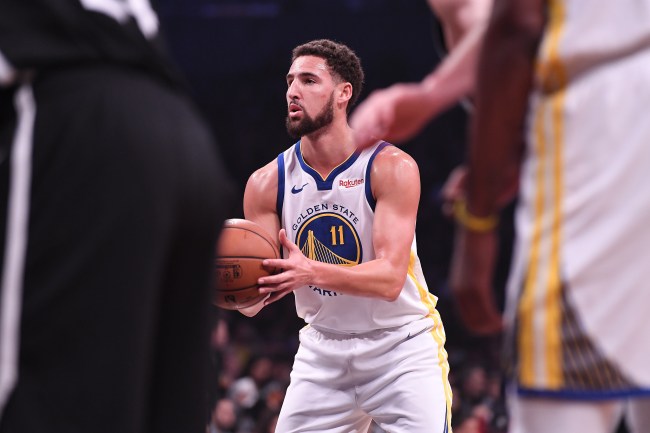 The Golden State Warriors were absolutely electric last night. They scored 92 points in the FIRST HALF (the second most ever in a first half), a feat that was made possible by Klay Thompson going off for 52 points and setting a new NBA record for most 3-pointers made in a game with 14.

Klay Thompson broke the all-time record which was previously held by his current teammate Steph Curry on a night when the Warriors were completely unstoppable. NBA fans, players, analysts, and alumni all watched in amazement as Klay shot 62% from the field and 58% from 3-point range.

The reactions to Klay Thompson dropping 52-points began pouring in immediately but before we get to those you can check out this compilation of all fourteen 3-pointers made to get a sense of just how crazy of a night it was on the court.

Those 92-points in the first half by the Warriors were the second most in NBA history, only bested by Phoenix in 1990 who dropped an unfathomable 107-points against Denver in the first half.

Golden State's 92 first-half points are the second most ever in a first half. Phoenix scored 107 points in the first half vs. Denver on Nov. 10, 1990.

In total, the Warriors made twenty-five 3’s on the night which is nothing short of insanity. It was the third 50-point game of Klay Thompson’s career who now holds the NBA records for most points scored in a quarter (37 points), most 3’s in a playoffs game (11) and most 3’s made in a game (14).

The NBA world was quick to react to Klay Thompson’s record-breaking night.

I’m pretty sure this is exactly what every player should do in this situation. Keep the ball, frame it, and then maybe break it out one day if your record falls.

Klay Thompson carried the game ball in his hands as he did extra postgame interviews. He told me he’s going to frame it, and if his record of 14 threes is broken, he’ll take the ball out and play with it…or give it to Rocco.

Klay Thompson is the best shooter EVER! #YeahiSaidIt

The Golden State Warriors are playing in a league of their own.

@StephenCurry30 and @KlayThompson you guys are ruining the game lol smh

There could be some solid logic to this theory, definitely worth exploring.

Why does it feel like Steph Curry let Klay Thompson set the NBA record for 3s just so he’ll have something to shoot for when he gets bored later in the season?

@KlayThompson u just gone steal my swag and hit 14threes… its the headband and beard for sure! 👌🏽 CONGRATS BRO pic.twitter.com/6tZ4qM2K8P

There have been over 150,000 games played in NBA history.

Here are the total number of games in which a player scored more than 50 points in fewer than 30 minutes:

Klay Thompson: 2
Every other player in NBA history combined: zero

It’s not a *REAL* NBA record until LeBron James congratulates you, right?

If Klay Thompson’s finding his form again and Golden State is already playing as well as they have been then the rest of the NBA might as well hang up their sneakers now because there’s not a shot in hell that any team beats the Warriors in the NBA Finals.