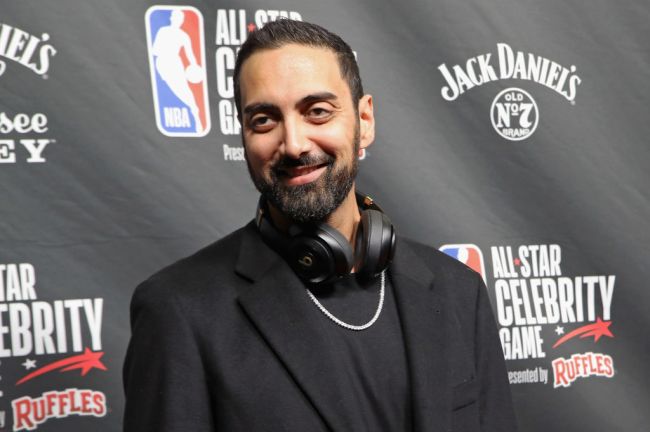 Ronnie2k has annoyed fans of the game after beefing with Bradley Beal’s wife on social media.

Earlier this week, NBA2K released their player ratings which led to angry reactions from players who were not happy with their rating.

Wizards star Bradley Beal was one of the players who didn’t think the game gave him the correct rating.

Beal’s wife Kamiah, who is fairly active on social media, blasted Ronnie2k on the game on Friday.

@Ronnie2K is a whole joke at this point.

Oh boy we have the wife upset too. That’s real love, I appreciate that! https://t.co/ssHFZWhQ6W

Don’t flatter yourself. Your ratings are just a joke. I Call it how I see it. I’m sure you’ll run into a few others that share the same belief though. & ps, the game is trash. Carry on. https://t.co/NEsKnUbZK7

On Saturday afternoon, Ronnie2k took a shot at Kamiah in a now-deleted Tweet that many felt was out of bounds. 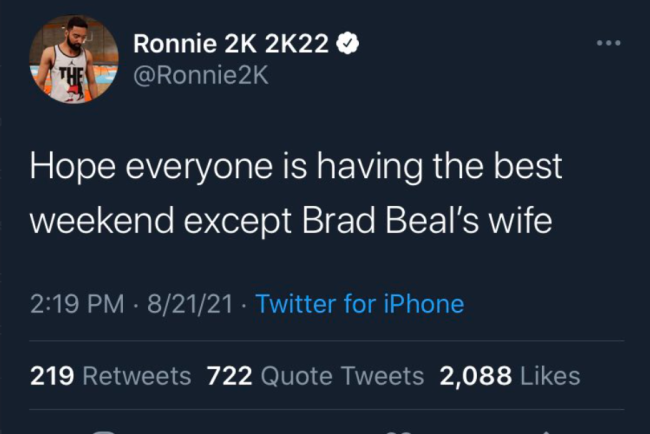 Angry NBA2K fans are now calling for Ronnie2k to be fired over his shot at Beal’s wife.

Hey @Ronnie2K why’d you delete this? Don’t worry i saved the post for you in case it was a mistake pic.twitter.com/BbYLD46DID

@Ronnie2K how have you not been fired? Who likes you? Name one person. And font say your wife cuz she’s capping for the money just like you.