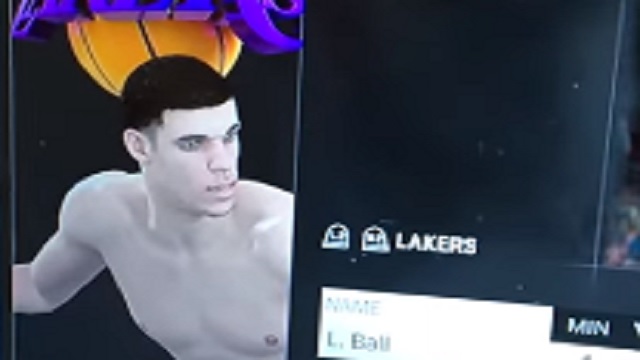 NBA2K18 does not officially drop until Tuesday September 19 but if you preordered the game you would be allowed to download it 4 days early.

One Lakers fan who got an early release of the game got a bit of a surprise when he tried to play with his favorite team. When going over the Lakers roster the fan discovered that a glitch in the game caused Lonzo Ball to be completely naked.

I wouldn’t be surprised if one of the game designers is just messing with Lonzo.