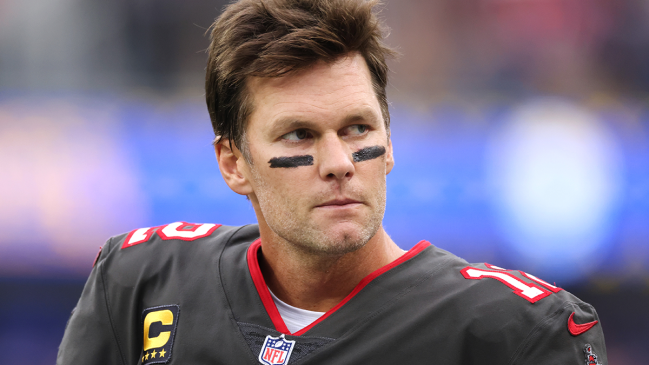 There are a number of reasons Tom Brady will be remembered as one of the most dominant players in NFL history when he finally retires at some point in the next 17 years, and there aren’t many facets of his legacy that stand out more than his impressive ability to harness his Clutch Gene and step up seemingly every time the moment calls for it.

Brady is 45 years old and in the midst of his 23rd season as a professional football player. However, most people are still conditioned to expect him to pull through even when the odds appear to be stacked against him based on his impressive history of routinely doing exactly that while traumatizing fans who know all too well by now that he should never be counted out until the final whistle blows.

Of course, the legendary quarterback is still a human being (despite some evidence pointing to the contrary), which means he’s not perfect. With that said, watching Tom Brady screw up is kind of like hearing someone play the wrong note on a Steely Dan album or witnessing one of your parents admit they were wrong about something: you know it can happen, but that doesn’t make it any less shocking when it occurs.

You could argue no team has been more successful at shutting the QB down when the occasion calls for it than the Giants, who vanquished him and the Patriots on two different occasions in the Super Bowl (Brady has faced off against 20 different teams in the postseason over the course of his career and New York remains the only one of those franchises he hasn’t been able to beat in the playoffs).

As a result, Giants fans are in a relatively rare position when it comes to having bragging rights—and one news outlet has taken full advantage.

The biggest storyline surrounding Brady heading into the current season concerned rumors about some friction between him and his wife Gisele Bündchen that began to trickle out when he took an unexpected hiatus after Tampa Bay convened for training camp over the summer.

Bündchen alluded to that alleged rift during a recent interview with Elle and had her comments covered by a number of outlets—including NBC New York, which couldn’t resist the urge to take a shot at Brady over the aforementioned losses to the Giants in The Big Game.

Gisele Bündchen candidly revealed the sacrifices she has made for her husband Tom Brady, who lost two Super Bowls to the New York Giants. https://t.co/04ctjYZM6k

If that tweet gave you a strange sense of déjà vu, it’s probably because the same station pulled the same move after Brady announced his short-lived retirement earlier this year.