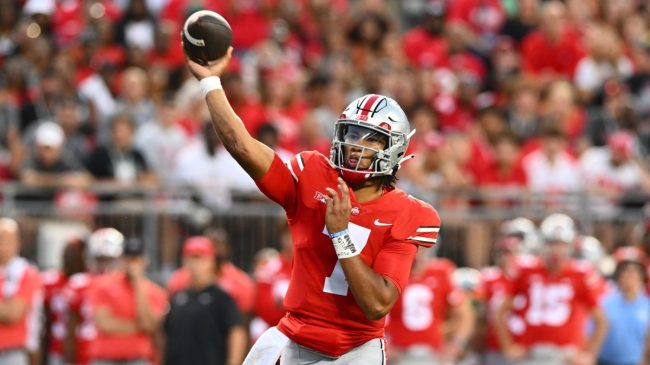 But the reason why games keep getting longer may come as a surprise.

According to a report by Seth Emerson of The Athletic, the average college football game takes 3 hours and 22 minutes from start to finish.

You're not imagining it: College football games are taking longer. But the usual sources of blame – TV timeouts, replay reviews, weather delays – aren't the main culprit.

Story on why games are taking longer, and what may be done:https://t.co/Isi6cOe1ry

That’s four minutes longer than the average just five years ago. But it’s not commercials or weird timeouts, or even replay review that is lengthening games.

Instead, the answer is far more innocuous.

College football is no longer about three yards and a cloud of dust. Even the Big Ten is finally opting to spread things out and sling the rock (no, not you, Iowa)!

The more teams have passed the ball, the longer games have become. That’s down to a number of reasons, but the main culprits are more points and more first downs. Though perhaps somewhat surprising, incompletions are down. It turns out teams have gotten good at this passing stuff.

Emerson’s report reveals that the average number of incompletions shrunk from 27.9 to 23.9 from 2002 to 2022. But first downs and points are way up.

Teams combined for an average of 39.5 first downs in 2002. That number is now 43.4. Scoring followed suit as well. Two decades ago, there were an average of 9.1 scoring plays (touchdowns and field goals) in any given game. Now, there are 10.3 scoring plays per game.

Unsurprisingly, run plays have followed the opposite trend. Teams combined to run the ball 79.0 times per game in 2002, but only 74.6 times this season.

The increase in game duration hasn’t become a significant issue yet, but it’s trending in that direction.

“In a perfect world, games could always be 3:15 to 3:30 in length, that would be the wheelhouse,” said Nick Dawson, ESPN senior vice president for programming. “I would say the majority, anecdotally, fits in that window. But certainly, there are exceptions to the rule. It’s hard because there’s a balance. If it’s a great competitive game, 56-52 game that runs four hours, nobody’s complaining, right? If it’s a 60-10 game that takes four hours, then you run into the issues.”

So if you’re finding yourself missing some of that precious time on Saturday’s, you may want to dial up your favorite team’s offensive coordinator.